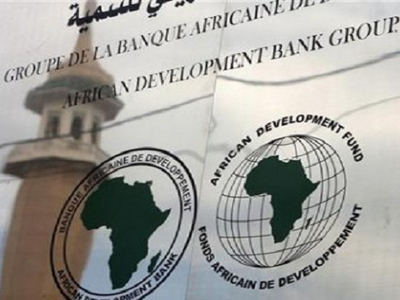 Finances
OREANDA-NEWS. African Development Bank Group Director General, East African Region, Gabriel Negatu handed over the keys to the new Bank-funded Customs Building to the Government of South Sudan on January 26, 2017. The Minister of Finance Stephen Dhieu Dau received the keys to the building on behalf of the Government. The new office building was built by the Chinese New Era Company through a grant from African Development Bank under the Public Financial Management and Aid Coordination (PFAID) project.

The handover ceremony was attended by public servants from different Government Ministries. During the ceremony, Dhieu Dau said the dearth of trained finance managers has prompted his Ministry to hire a Debt Management Advisor, through another grant project from the AfDB. As a result, over 200 staff members from all departments in the Directorate of Customs including those from internal audits have been trained to manage all debts in the Ministry. The Minister also revealed plans to install debt management software to help manage public debts for the first time in history of the country.

The African Development Bank Director General, East African Region, Gabriel Negatu, applauded the initiative and urged staff of the Customs Service to focus on delivering services in a transparent and professional manner. To date, the AfDB has secured over US $15 million to support domestic revenue mobilisation and enhance controls and transparency in the use of public funds in the country, Negatu said.

Director General for Customs, Lieut. Gen. Akoko Noon, expressed his gratitude for efforts made by the Ministry of Finance and Economic Planning to mobilize resources for the construction of the new Customs building. The new office structure will encourage staff to focus positively on their work, Noon said.

The original Customs building dates back to 1927 and the structure had weakened over time.