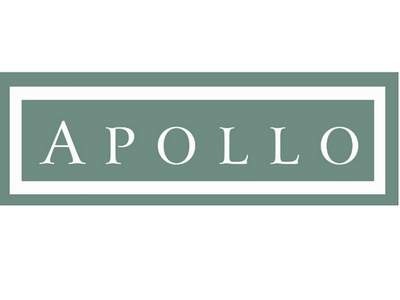 "Our strong results for the fourth quarter of 2016 capped the end of another outstanding year for Apollo, underscored by the recent highly successful initial public offering of Athene," said Leon Black, Chairman and Chief Executive Officer. "By leveraging the power of our integrated global platform, we continued to deliver solid growth and investment performance across the firm in 2016, and the funds we managed deployed a record amount of capital that we believe will generate significant future returns. We believe this positive momentum leaves Apollo well-positioned as we head into 2017 and beyond."

Apollo issued a full detailed presentation of its fourth quarter and full year ended December 31, 2016 results, which can be viewed through the Investor Relations section of Apollo’s website at http://ir.agm.com.

Apollo has declared a cash distribution of $0.45 per Class A share for the fourth quarter ended December 31, 2016. This distribution will be paid on February 28, 2017 to holders of record at the close of business on February 21, 2017. Apollo intends to distribute to its shareholders on a quarterly basis substantially all of its distributable earnings after taxes and related payables in excess of amounts determined by its manager to be necessary or appropriate to provide for the conduct of its business. However, Apollo cannot assure its shareholders that they will receive any distributions in the future.

Apollo will host a conference call on Friday, February 3, 2017 at 10:00 a.m. Eastern Time. During the call, members of Apollo’s senior management team will review Apollo’s financial results for the fourth quarter and full year ended December 31, 2016. The conference call may be accessed by dialing (888) 868-4188 (U.S. domestic) or +1 (615) 800-6914 (international), and providing conference call ID 51057237 when prompted by the operator. The number should be dialed at least ten minutes prior to the start of the call. A simultaneous webcast of the conference call will be available to the public on a listen-only basis and can be accessed through the Investor Relations section of Apollo’s website at http://ir.agm.com.

Following the call, a replay of the event may be accessed either telephonically or via audio webcast. A telephonic replay of the live broadcast will be available approximately two hours after the live broadcast by dialing (800) 585-8367 (U.S. callers) or +1 (404) 537-3406 (non-U.S. callers), passcode 51057237. To access the audio webcast, please visit Events in the Investor Relations section of Apollo’s website at http://ir.agm.com.

The 2016 schedules K-1 will be available on or about March 15, 2017 and can be accessed via www.partnerlink.com/Apollo. Shareholders can visit this site now to register to be notified when the 2016 schedules K-1 are available to be downloaded. Please note that the income, gain, loss, deduction, or credit reported to you on schedule K-1 is independent of the annual cash generated and the annual cash distributions made by Apollo. As a partnership for U.S. federal income tax purposes, investors in Apollo are required to report their share of the income, gain, loss, deduction, or credit that is allocated to them from Apollo. The U.S. federal taxable income of Apollo is determined by using the applicable U.S. federal income tax rules, and these amounts may vary from year to year depending on the nature of the income of Apollo and the activity of its subsidiaries.