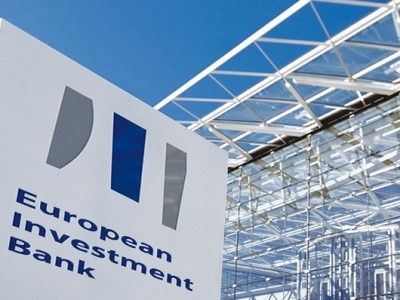 OREANDA-NEWS. EU Bank President Werner Hoyer has laid out the EIB Group’s contribution to creating jobs and growth in Europe by supporting projects and investment in SMEs, key infrastructure, innovation and the environment. Speaking today in Brussels he said: “At a time of uncertainty the EIB Group has shown that a truly European approach to investment is bearing fruit.” But he warned, “Recovery is still slow. 2017 must see a real stepping-up of reform. We need to ensure that investment is not being held back by unnecessary regulatory bottlenecks. There can be no business as usual.”

Overall, the EIB and EIF signed operations worth 83.8 billion euros supporting total investments in the order of 280 billion euros in 2016.

President Hoyer was delivering the latest results for the EIB Group, consisting of the European Investment Bank and the European Investment Fund (EIF). He announced record financing in 2016 of more than 33 billion euros for Europe’s small and medium-sized enterprises (SMEs), driven by the EIF’s increased support for businesses. In 2016, the EIB Group supported some 300,000 companies, which employ more than 4.4 million people.

President Hoyer said: “In many parts of Europe SMEs still lack access to finance. SMEs are the true backbone of the European economy. They are the ones that create jobs; their capacity for innovation and flexibility makes them crucial for Europe’s competitiveness and for the well-being of its citizens. 2016 has also seen a significant shift in the kind of financing the EIB Group provides with an increase of smaller loans, which go mostly to innovative smaller businesses. Innovation is key – the EIB Group is looking to make 2017 a year of innovation.”

The sectors supported by the EIB Group are critical in terms of their long-term impact on competitiveness and growth. In 2016 close to 20 billion euros went to infrastructure. Some 17 billion euros went to environmental projects. More than 13 billion euros were provided for innovation and for high-speed broadband connections. On climate action, the EIB has for the seventh year running exceeded its target, providing over 19 billion euros to help mitigate climate change and adapt to its impact. This represents 26% of total EIB lending in 2016.

Raising money on the capital markets

The EIB is self-financed: lending activities are mainly funded via bond issuance in the international capital markets. Despite periods of market uncertainty last year, the Bank successfully raised 66.4 billion euros from investors around the world. Ten years after pioneering the first Green Bonds, we remain the largest issuer, with over 15 billion euros raised for climate projects since 2007.

EIB Group operations backed by the European Fund of Strategic Investments (EFSI), which is at the heart of the Investment Plan for Europe, are well on track. In the first one and a half years, the EIB Group has approved more than 420 financing transactions which are expected to support investment of 164 billion euros.

President Hoyer said: “The Investment Plan for Europe has been a true game-changer for the Bank. We have created new products, we have reached out to new clients – 3 out of 4 are new to the Bank – and we have built new partnerships, in particular with the national promotional banks. Extending the European Fund for Strategic Investments will help Europe meet the challenges of a changing world economy.”

The President warned against complacency. According to EIB research, only one in three companies in Europe expect to increase investment in the coming year. “The companies surveyed say that political and regulatory uncertainty are the main barriers to investment. EFSI cannot do the job alone. We need to create the right conditions for investment, at EU level by stepping up work to complete the single market, at Member State level by accelerating regulatory reform.”

President Hoyer called for continued efforts in the fight against youth unemployment. Since its launch in 2013, the EIB’s “Skills and Jobs – Investing for Youth” programme has provided more than 37 billion euros toward projects for jobs and improved skills for young people.

The EIB is making a tangible contribution to the Union’s external policy goals. 2016 saw the delivery of the 3 billion euros committed by the EIB as part of a three-year 11 billion euro EU assistance package for Ukraine. This supports competitiveness, resilience, energy security and quality of life for citizens in Ukraine.

Regarding the current migration challenge President Hoyer called for a stronger European commitment outside the EU and an adjustment of development policies: “We need to reinforce economic resilience and stability in countries most severely impacted by the current refugee and migration crisis, and tackle root causes of migration.” He also underlined: “Through its Economic Resilience Initiative, the EIB stands ready to complement the EU External Investment Plan by rapidly mobilising additional financing in support of sustainable growth, vital infrastructure and social cohesion. We want to boost employment opportunities in both host and refugee communities.”

Under the Economic Resilience Initiative, the EIB will increase its support to the Southern Neighbourhood and the Western Balkans by 6 billion euros, taking total EIB-supported investment in the regions from 20 billion euros to some 35 billion euros by 2020.