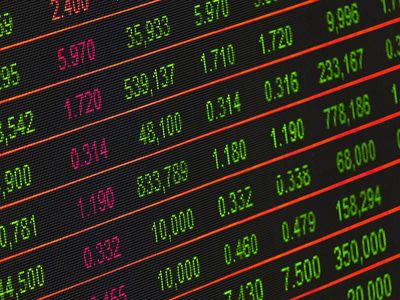 History repeats as US E&P operators grow by acquisition: Fuel for Thought

OREANDA-NEWS. January 31, 2017. Barely three weeks into the New Year, US upstream merger and acquisitions have sizzled as players in a charged-up industry, hungry to get moving after two-plus years of low oil prices and curbed activity, position not just for the up-cycle but the next decade or two.

Overwhelmingly, the Permian Basin of West Texas and southeast New Mexico, has been the main site of recent acquisitions, as its vast geography and multistacked shale and unconventional pay zones offer huge potential. Just one zone, the Wolfcamp in the eastern Permian, is said to contain 20 billion barrels of recoverable oil and 16 Tcf of recoverable natural gas.

But while shale oil is relatively new, operators’ recent bids to expand their shares of it represents the latest in a long series of reinvention cycles in a 150-plus-year-old industry. As baseball legend Yogi Berra, famous for funny quips, said in another context: “It’s deja vu all over again.”

“These things go in waves,” Canaccord Genuity analyst Sam Burwell said. And “the Permian will be the best bet for the foreseeable future.”

The biggest recent Permian deals came last week, as ExxonMobil announced a \\$6.6 billion acquisition to beef up its holdings in the New Mexico Permian. Also, Noble Energy said it will buy small Clayton Williams Energy for \\$2.7 billion, largely to capture West Texas Permian acreage contiguous with its own inventory.

Also, Sanchez Energy sets its cap to become a much bigger Eagle Ford player by inking a \\$2.3 billion deal for acreage in the south Texas play, which during the downturn lost more than a third of its peak 1.6 million b/d of oil output. The purchase, jointly with Blackstone Energy Partners, is from big independent Anadarko Petroleum.

Also, WPX Energy is spending \\$775 million for acreage in the western Permian, and RSP Permian, Diamondback Energy and Parsley Energy made smaller Permian acquisitions in recent months. All four are mid-sized operators.

Gas was driver in the new millennium

It’s an exciting time for oil producers as crude prices remain above the “magic” \\$50/b level where shale drilling, at least in the best plays, has become profitable thanks to operator ingenuity that has shaved at least \\$30/b off its breakeven oil price since 2014.

During the first couple of years of this century, only a few prescient folks were aware of the potential of shale gas, although most E&P companies at the time boasted that natural gas in general was their main production focus.

At that time, the stampede to acquire shale gas fields was really a year or two away, but it was still a transformative time in the oil industry. The big players were being formed—those that would shepherd industry through its next big development during the next two decades, which just happened to be shale gas and by the end of the decade, shale oil.

Around the early 2000s, Anadarko Petroleum, Devon Energy and Chesapeake Energy, all gobbled up other companies and grew from being fairly sizeable operators to producing powerhouses.

Anadarko, Devon, and others such as EOG Resources and Pioneer Natural Resources—the latter a Permian player for at least 20 years albeit then in conventional oil and gas—were also growing in the deepwater Gulf of Mexico and internationally.

Anadarko in succession bought Union Pacific Resources and Berkeley Petroleum, and became even mightier in 2006 when it bought Kerr-McGee and Western Gas Resources. Devon bought PennzEnergy, Santa Fe Snyder and Canada’s Anderson Exploration before buying the much-heralded Mitchell Energy, in 2002.

“Pre-2008 and pre-shale, a lot of the scale [achieved by E&P operators] was going to be offshore or somewhere else,” since many big independents had international operations, Burwell said.

But today and in the next several years, industry winners will likely be those with the best US onshore acreage, rather than longer-term deepwater and overseas projects that take years to get into production, he said.