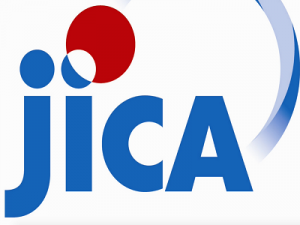 OREANDA-NEWS. On August 5, the Japan International Cooperation Agency (JICA) signed a loan agreement with the Government of the Republic of Iraq in Baghdad to provide a Japanese ODA loan of up to 21.556 billion yen for the Hartha Thermal Power Station Rehabilitation Project (Phase 2).

The objective of the project is to supply power to meet the demand in the Republic of Iraq, and to restore and stabilize the power supplying capability by rehabilitating unit no. 1 (rated output: 200 megawatts) at the Hartha Thermal Power Station, which is one of the largest power plants in Basrah Governorate, located in southern Iraq, thereby strengthening the economic infrastructure in Iraq.

Under the Hartha Thermal Power Station Rehabilitation Project (loan for 20.224 billion yen signed in February 2015), the previous phase of this project, unit no. 4 (rated output: 200 megawatts) at the power station is currently undergoing rehabilitation.

The electricity infrastructure, such as power plants and transmission and distribution lines, has been destroyed and deteriorated from the effects of three wars and decades of economic sanctions since the 1980s. Since the conclusion of the Iraq War in 2003, restoration of the electricity infrastructure has gradually moved forward, but the power supply remains unstable due to the effects of combat with extremist organizations in recent years and other factors. As of 2016, the power supply is merely approximately 13,300 megawatts in contrast to a domestic demand of around 21,500 megawatts, and lengthy blackouts are not uncommon. In addition to being a cause of violence and other forms of social instability, the inadequate and unstable power supply hinders the development of industry and of social sectors, which include the medical care and water sectors.

The electricity infrastructure particularly in the west-central and northern regions of Iraq has been directly affected by conflict with extremist organizations, and the domestic power supply relies on power generation facilities in the central and southern parts of the country where security is relatively stable.

Given this background, the Hartha Thermal Power Station, which is located in Basrah Governorate in southern Iraq and is connected to the central part of the country where the power demand is high, plays an important role in the domestic power supply and therefore rehabilitating the power station is a priority.