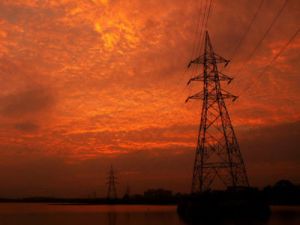 OREANDA-NEWS.  A framework agreement for the proposed Turkmenistan-Afghanistan-Pakistan (TAP) Power Interconnection Project was signed last week that will pave the way for the delivery of long-term power supply, supporting Afghanistan’s energy needs and enabling power trade and exchange among the three countries.

“TAP power interconnection project is not only a good mechanism for strengthening partnerships and enabling power trade among the three countries, but it also shows the desire of the countries for peace, stability, and economic development,” said Samuel Tumiwa, ADB Country Director for Afghanistan.

The power trade will utilize existing power infrastructure as well as promote collaboration through new transmission investments in the three countries. TAP will be phased into two concurrent stages. The first phase—to be completed by 2021—will use the existing infrastructure under the ADB-financed Turkmenistan-Uzbekistan-Tajikistan-Afghanistan-Pakistan (TUTAP) power interconnection project which aims to export power from Turkmenistan to Afghanistan and Pakistan. The second phase—to be completed by 2022—will transfer power from Turkmenistan through the border of Serhetabad (in Turkmenistan) and Torghundy into Herat, Kandahar, and Spin Boldak in Afghanistan and export to Chaman and Quetta in Pakistan.

Options will be explored to especially optimize and use any excess power or transmission capacity during the winter months—from October to April—through the integration with Central Asia-South Asia (CASA) system.

ADB, as an anchor development partner in the energy sectors of the three countries, would continue its facilitation role including assisting in the preparation of analytical studies for systems stability, reliability, and grid interconnection; studies for regulatory and legal, technical, commercial, and systems dispatch; as well as project assessment, including project feasibility, technical design, and preparation. ADB will also help coordinate project planning and the provision of financing; facilitate energy trade negotiations among the 3 countries; finalize an implementation roadmap; and finance the investment project. ADB had assisted the prior four meetings of the TAP project which were attended by the 3 participating countries.