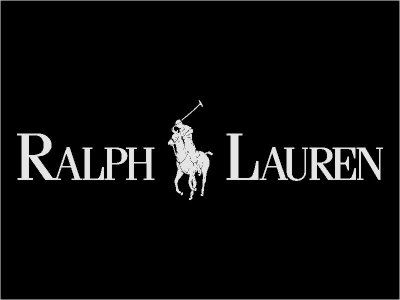 
The Company and Stefan Larsson, President and Chief Executive Officer, also announced today that they mutually agreed to part ways. Stefan Larsson will stay on until May 1, 2017. A search for a new Chief Executive Officer will be conducted. The Company will continue to execute the Way Forward plan announced in June 2016, and Chief Financial Officer Jane Nielsen will lead execution of the plan until a new CEO joins the Company. A separate release provides more detail on the CEO departure.

“This quarter, we continued to drive the execution of the Way Forward plan -- refocusing and evolving our iconic product core, cutting our lead times, and aligning supply with demand -- to put the foundation in place to drive demand back to the business,” said Stefan Larsson, President and Chief Executive Officer. “In the third quarter, we:

“These critical steps are moving us in the right direction to intensify our execution of the Way Forward plan that will strengthen the brand and return us to long-term profitable growth.” said Jane Nielsen, Chief Financial Officer.

“Our third quarter results demonstrate the continued actions we are taking to further strengthen our business and move us forward. We are making the right strategic decisions to support the future growth of the Company,” said Ralph Lauren, Executive Chairman and Chief Creative Officer.

Net Revenues. For the third quarter of Fiscal 2017, net revenues of $1.7 billion were consistent with the Way Forward plan. Revenue declined 12% compared to last year on a reported basis and was down 11% in constant currency, in line with the guidance provided in November. On a reported basis, international net revenue declined 6% in the third quarter while North America revenue was down 15% to last year. On a constant currency basis, international revenue was down 5%.

This increase was primarily driven by favorable geographic and channel mix shifts and initiatives to improve quality of sales metrics, principally through reduced promotional activity in our international businesses. This was partially offset by unfavorable foreign currency effects of 100 basis points.

Operating Expenses. Operating expenses in the third quarter of Fiscal 2017 were $855 million on a reported basis, including $77 million in restructuring and other related charges. On an adjusted basis, operating expenses were $778 million, down 7% compared to the prior year, primarily as a result of lower headcount and store closures under the Way Forward plan.

Operating expense rate was 45.4%, 230 basis points above last year, excluding restructuring and other related charges from both periods. This increase was due to deleverage of fixed expenses on lower net revenues. Adjusted operating expenses were $838 million in the prior year period.

The full year Fiscal 2017 and fourth quarter guidance excludes restructuring and other related charges expected to be recorded in connection with the Company’s Way Forward plan, and severance-related payments associated with the CEO departure announcement today.

For Fiscal 2017, the Company is maintaining its guidance. Consolidated net revenue is expected to decrease at a low-double digit rate consistent with the Way Forward plan. Key elements include a proactive pullback in inventory receipts, store closures, pricing harmonization and quality of sales initiatives. Based on current exchange rates, foreign currency is expected to have minimal impact on revenue growth in Fiscal 2017.

In the fourth quarter of Fiscal 2017, the Company expects consolidated net revenues to be down mid-teens on a reported basis, with continued execution of quality of sales initiatives, inventory receipt reductions, and fleet optimization consistent with the Way Forward plan. This compares 13 weeks this year to 14 weeks last year. Based on current exchange rates, foreign currency is expected to pressure revenue growth by about 100 basis points in the fourth quarter and will pressure gross margin by approximately 70 basis points.

The Company is not able to provide a full reconciliation of the non-GAAP financial measures to GAAP because certain material items that impact these measures, such as the timing and exact amount of charges related to our Way Forward plan, have not yet occurred or are out of the Company’s control. Accordingly, a reconciliation of our non-GAAP financial measure guidance to the corresponding GAAP measures is not available without unreasonable effort. The Company has identified the estimated impact of the items excluded from its Fiscal 2017 guidance.

This Fiscal 2017 non-GAAP guidance excludes estimated pretax charges related to our Way Forward plan, comprised of restructuring-related charges of about $400 million, an additional charge of about $150 million associated with the reduction of inventory out of current liquidation channels, and severance-related payments associated with the CEO departure announcement today.

The Company expects its Fiscal 2017 restructuring activities to result in approximately $180-$220 million of annualized expense savings related to its initiatives to streamline the organizational structure and right-size its cost structure and real estate portfolio.

This press release and oral statements made from time to time by representatives of the Company contain certain "forward-looking statements" within the meaning of the Private Securities Litigation Reform Act of 1995. Forward-looking statements include the statements under “Full Year Fiscal 2017 and Fourth Quarter Outlook,” and “Fiscal 2017 Way Forward Cost Savings Plan” and statements regarding, among other things, our current expectations about the Company's future results and financial condition, revenues, store openings and closings, employee reductions, margins, expenses and earnings and are indicated by words or phrases such as "anticipate," "estimate," "expect," "project," "we believe" and similar words or phrases. These forward-looking statements involve known and unknown risks, uncertainties and other factors which may cause actual results, performance or achievements to be materially different from the future results, performance or achievements expressed in or implied by such forward-looking statements. Forward-looking statements are based largely on the Company's expectations and judgments and are subject to a number of risks and uncertainties, many of which are unforeseeable and beyond our control. The factors that could cause actual results to materially differ include, among others: the loss of key personnel, including Mr. Ralph Lauren, or other changes in our executive and senior management team or to our operating structure, and our ability to effectively transfer knowledge during periods of transition; our ability to successfully implement our Way Forward plan and long-term growth strategy, which entails evolving our operating model to enable sustainable, profitable sales growth by significantly reducing supply chain lead times, employing best-in class sourcing, and capitalizing on our repositioning initiatives in certain brands, regions, and merchandise categories; our ability to achieve anticipated operating enhancements and/or cost reductions from our restructuring plans, which could include the potential sale, discontinuance, or consolidation of certain of our brands; the impact to our business resulting from potential costs and obligations related to the early termination of our long-term, non-cancellable leases; our efforts to improve the efficiency of our distribution system and to continue to enhance, upgrade, and/or transition our global information technology systems and our global e-commerce platform; our ability to secure our facilities and systems and those of our third-party service providers from, among other things, cybersecurity breaches, acts of vandalism, computer viruses, or similar Internet or email events; our exposure to currency exchange rate fluctuations from both a transactional and translational perspective; the impact to our business resulting from increases in the costs of raw materials, transportation, and labor; our ability to continue to maintain our brand image and reputation and protect our trademarks; the impact to our business resulting from the United Kingdom's referendum vote to exit the European Union and the uncertainty surrounding the terms and conditions of such a withdrawal, as well as the related impact to global stock markets and currency exchange rates; the impact of the volatile state of the global economy, stock markets, and other global economic conditions on us, our customers, our suppliers, and our vendors and on our ability and their ability to access sources of liquidity; the impact to our business resulting from changes in consumers’ ability or preferences to purchase premium lifestyle products that we offer for sale and our ability to forecast consumer demand, which could result in either a build-up or shortage of inventory; changes in the competitive marketplace, including the introduction of new products or pricing changes by our competitors, and consolidations, liquidations, restructurings, and other ownership changes in the retail industry; a variety of legal, regulatory, tax, political, and economic risks, including risks related to the importation and exportation of products, tariffs, and other trade barriers which our international operations are currently subject to, or may become subject to as a result of potential changes in legislation, and other risks associated with our international operations, such as compliance with the Foreign Corrupt Practices Act or violations of other anti-bribery and corruption laws prohibiting improper payments, and the burdens of complying with a variety of foreign laws and regulations, including tax laws, trade and labor restrictions, and related laws that may reduce the flexibility of our business; the impact to our business of events of unrest and instability that are currently taking place in certain parts of the world, as well as from any terrorist action, retaliation, and the threat of further action or retaliation; our ability to continue to expand or grow our business internationally and the impact of related changes in our customer, channel, and geographic sales mix as a result; changes in our tax obligations and effective tax rates; changes in the business of, and our relationships with, major department store customers and licensing partners; our intention to introduce new products or enter into or renew alliances and exclusive relationships; our ability to access sources of liquidity to provide for our cash needs, including our debt obligations, payment of dividends, capital expenditures, and potential repurchases of our Class A common stock; our ability to open new retail stores, concession shops, and e-commerce sites in an effort to expand our direct-to-consumer presence; our ability to make certain strategic acquisitions and successfully integrate the acquired businesses into our existing operations; the potential impact to the trading prices of our securities if our Class A common stock share repurchase activity and/or cash dividend rate differs from investors' expectations; our ability to maintain our credit profile and ratings within the financial community; the potential impact on our operations and on our suppliers and customers resulting from natural or man-made disasters; and other risk factors identified in the Company's Annual Report on Form 10-K, Form 10-Q and Form 8-K reports filed with the Securities and Exchange Commission. The Company undertakes no obligation to publicly update or revise any forward-looking statements, whether as a result of new information, future events or otherwise.

Since Ralph Lauren Corporation is a global company, the comparability of its operating results reported in U.S. Dollars is also affected by foreign currency exchange rate fluctuations because the underlying currencies in which it transacts change in value over time compared to the U.S. Dollar. These rate fluctuations can have a significant effect on the Company’s reported results. As such, in addition to financial measures prepared in accordance with generally accepted accounting principles ("U.S. GAAP"), the Company’s discussions often contain references to constant currency measures, which are calculated by translating the current-year and prior-year reported amounts into comparable amounts using a single foreign exchange rate for each currency. The Company presents constant currency financial information, which is a non-U.S. GAAP financial measure, as a supplement to its reported operating results. The Company uses constant currency information to provide a framework to assess how its businesses performed excluding the effects of foreign currency exchange rate fluctuations. Management believes this information is useful to investors to facilitate comparisons of operating results and better identify trends in the Company’s businesses. The constant currency performance measures should be viewed in addition to, and not in lieu of or superior to, the Company’s operating performance measures calculated in accordance with U.S. GAAP.