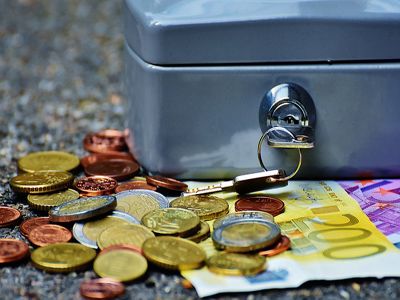 Finances
OREANDA-NEWS. January 26, 2017. The Securities and Exchange Commission today announced that a Massachusetts-based investment adviser agreed to be banned from the securities industry after the agency uncovered an illegal cherry-picking scheme through its data analysis used to detect suspicious trading patterns.

The SEC filed fraud charges in federal district court against Michael J. Breton and his firm Strategic Capital Management, alleging they defrauded clients out of approximately \\$1.3 million.  Breton allegedly placed trades through a master brokerage account and then allocated profitable trades to himself while placing unprofitable trades into the client accounts.

Breton and his firm agreed to a partial settlement subject to court approval.  Monetary sanctions would be determined at a later date.  In a parallel action, the U.S. Attorney’s Office for the District of Massachusetts today announced criminal charges against Breton.

“As alleged in our complaint, Breton assured clients that he would put their interests first but did just the opposite, taking the firm’s most profitable trades for himself and dumping the losing trades on his clients,” said Joseph G. Sansone, Co-Chief of the SEC Enforcement Division’s Market Abuse Unit.  “Our probing analytical work will continue to root out investment advisers who subject their clients to cherry-picking.”

The Market Abuse Unit’s analysis of Breton’s trading showed that he defrauded at least 30 clients during a six-year period as outlined in the SEC’s complaint.  Breton allegedly purchased securities for his own accounts and the client accounts through a block trading or master account on days when public companies scheduled earnings announcements.  He typically delayed allocation of those trades until later in the day after learning the substance of the announcement.

The SEC’s complaint charges Breton and Strategic Capital Management with violating Section 10(b) of the Securities Exchange Act and Rule 10b-5 as well as Sections 206(1) and 206(2) of the Investment Advisers Act.  Breton and his firm agreed to be permanently enjoined from future misconduct, and Breton consented to the issuance of an SEC order barring him from the securities industry.

The SEC’s investigation was conducted by Caitlyn M. Campbell, Eric Forni, David Makol, and Michele T. Perillo of the Market Abuse Unit in the Boston Regional Office with assistance from John Rymas of the Market Abuse Unit and Stuart Jackson and Raymond Wolff in the Division of Economic and Risk Analysis.  The SEC appreciates the assistance of the U.S. Attorney’s Office for the District of Massachusetts and the Boston field office of the Federal Bureau of Investigation.