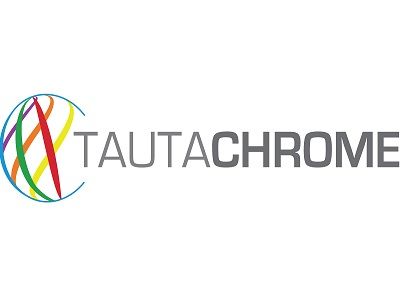 OREANDA-NEWS. Tautachrome Inc. (OTCQB:TTCM) today announced that on a fixed date certain, to be released soon, it will distribute, pro rata, a substantial quantity of KlickZie cryptocurrency to its common shareholders of record on that date.

In September we announced that the Company was forming a development team of providers to develop a blockchain based cryptocurrency ecosystem with a cryptotoken designated “KLK” that will be the currency of the KlickZie community worldwide, allowing KlickZie users to monetize their pictures and videos and thereby enabling the buying, selling and licensing of KlickZie pictures and videos everywhere. KlickZie Cryptocurrency and Blockchain Development Announcement.

The development team that was formed, consists of individuals from the blockchain development company Kelecorix, Inc., and individuals from the image storage company Honeycomb Digital. The team is developing the software and architecture for the implementation of a simple KlickZie app that while not fully developed, does implement the “ownership” properties of KlickZie imaging, which coupled with the blockchain-based ownership of KLK cryptotokens, can be used to trade and license image ownership.

Two weeks ago, we circulated for public comment a draft whitepaper describing our plans for the crowd sourced sale of the KLK cryptotoken. We have collected comments, and a final whitepaper will be circulated soon making public the finalized details of the KLK ecosystem.

The development team is also preparing a KLK cryptotoken “Yellow Paper” designed for the coding world that will provide the code implementing the KLK ecosystem on a specialized high speed transaction sidechain on the Ethereum blockchain. The sale of the KLK cryptotokens in the crowd sale will be accomplished on the existing Ethereum blockchain, with the KlickZie ecosystem imagery transactions accomplished on the KlickZie sidechain. While the whitepaper provides background and rationale for Tautachrome shareholders, the Yellow Paper will provide technical detail to token enthusiasts.

By creating a new ecosystem among consumers based on what people love most, imagery, we believe that the KLK ecosystem will provide value to KlickZie users as well as to the Company and its shareholders.

The Company believes that a free distribution of a portion of the KLK cryptotokens to Tautachrome shareholders in advance of the token sale will serve two purposes. First, there are many Tautachrome shareholders who understand the aims and intentions of the Company, have loyally supported the Company for years and are deserving of the reward that a successful cryptocurrency ecosystem could provide. Second, and we think important to the success of a cryptocurrency is a kernel of currency holders who will appreciate the potential of the currency and find ways to use it.