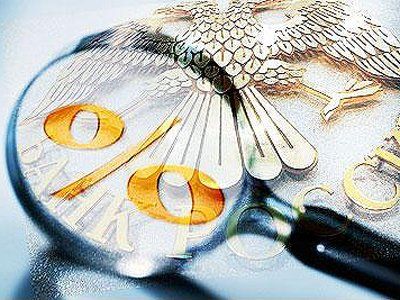 The Bank of Russia Board of Directors decided to keep the key rate at 10.00% p.a.

OREANDA-NEWS. On 3 February 2017, the Bank of Russia Board of Directors decided to keep the key rate at 10.00% p.a. The Board of Directors points out that inflation performance has been in line with the forecast, inflation expectations are going down gradually, and the economy is recovering faster than previously expected. However, the slower growth of consumer prices is partially attributed to temporary factors. The purchases/sales of foreign currency in the FX market, which Russia’s Finance Ministry intends to carry out under a transitional budget rule, will not bring considerable inflation risks given the Bank of Russia sticks to its moderately tight monetary policy. Inflation is to slow down to the 4% target by late 2017 and hold close to this level in the sequel. Given the internal and external developments, the Bank of Russia’s capability to cut its key rate in the first half of 2017 has diminished.

In its key rate decision-making the Bank of Russia was guided by the following assumptions.

Inflation. Annual inflation continues to decline in line with the Bank of Russia’s forecast. This is partially attributed to temporary factors — the ruble exchange rate and last year’s heavy crop. December saw a further slowdown in growth of prices for staple goods and services, as well as lower monthly inflation (seasonally adjusted). Non-food inflation slowed down considerably. According to the estimates as of 30 January, annual consumer price growth was down from 5.4% in 2016 to 5.1%.

Domestic demand continues to exert a disinflationary effect. Households are retaining their savings behaviour model, although their sentiment improved. Consumer lending bears no inflation risks. The Bank of Russia’s forecast suggests that given today’s decision and extension of moderately tight monetary policy, annual inflation is to slow down to the 4% target by late 2017 and hold close to this level in the sequel.

Monetary conditions. In order to maintain the propensity to save and anchor sustainable inflation slowdown driven by demand-side restrictions, monetary conditions should remain moderately tight. They should also help bring inflation expectations of households and businesses further down.

Positive real interest rates will be held at the level which will ensure demand for loans without increasing inflationary pressure and uphold incentives for saving. The Bank of Russia will manage banking sector liquidity with due account taken for the Finance Ministry’s purchases/sales of foreign currency in the FX market and their effect on the money market rates will be almost immaterial.

Economic activity. Economic recovery in 2016 was somewhat above the Bank of Russia’s expectations, as the average annual oil price was close to the baseline scenario assumptions. The Bank of Russia estimates that quarterly GDP growth rates entered positive territory in the second half of 2016, with the positive trend set to hold into the first quarter of the current year. Growth in industrial production (partially driven by import substitution) is ongoing, and so is expansion of non-oil and gas exports in several categories; investment activity is gradually perking up. Unemployment remains steadily low. The labour market is adjusting to the new economic environment, with signs beginning to emerge that skilled labour shortages are finding their way in individual segments. At the same time, the current economic recovery processes still lack consistency across sectors and regions. Polling data reflect an improvement in business and consumer sentiment, which is, going forward, expected to shore up the economic revival processes. The Bank of Russia’s estimates signal that the observed annual rise in real wages will foster gradual growth in consumer activity. It will come without additional proinflationary pressure amid a rise in supply of goods and services. Annual GDP is expected to show positive growth in 2017; however, the rates of economic growth will be low. It takes structural improvements and time for the positive trends to advance and become sustainable.

Inflation risks. Risks remain that inflation will be above the target level of 4% in 2017; having said that, inflation risks are abating on a mid-term horizon. The inertia of inflation expectations and households’ shrinking propensity to save may prevent inflation from consolidating on the path towards the target as the effect of temporary factors comes to an end. External political and economic uncertainty remains elevated, which may negatively affect expectations as regards exchange rate and inflation. Maintenance of moderately tight monetary conditions will constrain inflation risks, including the short-term ones, coming from the launch of the Finance Ministry-conducted purchase of foreign currency in the FX market.

Having said that, the application of the transitional budget rule, accompanied with the Finance Ministry-conducted purchases/sales of foreign currency in the FX market will help lower the dependence of the Russian economy, particularly in terms of monetary conditions and inflation dynamics, on fluctuating oil prices. In the medium term, the application of the budget rule will help bring about macroeconomic stability and more predictable and steadier interest rates in the economy.

Considering the change in the external and internal environment, the Bank of Russia’s capability to downgrade its key rate in the course of the first half of 2017 has diminished.

The next meeting of the Board of Directors of the Bank of Russia to review the key rate is scheduled for 24 March 2017. The Board’s decision press release is to be published at 13:30 Moscow time.