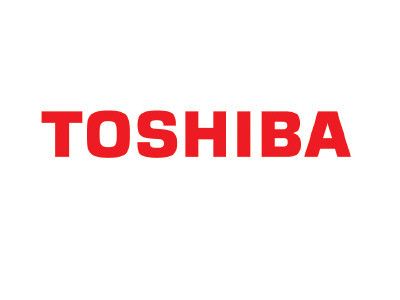 OREANDA-NEWS. Toshiba Corporation today announced that it has completed early payment of the full amount of the parent company guarantee obligation in respect of the construction of Westinghouse AP1000 reactors at Units 2 and 3 of the V.C. Summer Nuclear Station in South Carolina, U.S.A. (the “Payment”), as per agreements made between Toshiba and the two owners of the V.C. Summer project: South Carolina Electric & Gas Company (SCE&G), the principal and wholly-owned subsidiary of SCANA Corporation and Santee Cooper, and subsequently with Citigroup Financial Products Inc. (Citigroup), now the holder of the rights to the claim of parent company guarantee payment after purchasing them from the two owners of the project.

As Toshiba announced on July 28 2017 in “Toshiba Settles Its Parent Company Guarantee Obligations and Payment Schedule for U.S. Nuclear Power Plant Construction Projects,” Toshiba entered into an agreement with the two owners of the project that set the maximum limit of Toshiba's guarantee obligations at US$2.168 billion (approx. 245.0 billion yen*), with payments to be made in installments during the period October 2017 to September 2022. Under the terms of this agreement, Toshiba previously made payments totaling US$ 247.5 million (approx. 28.0 billion yen).

With the Payment, Toshiba obtains the right to pursue claims against Westinghouse for the amount paid for the parent company guarantee obligation for the V.C. Summer project, while eliminating future risk of foreign currency exchange fluctuations.

As Toshiba announced on December 14, 2017 in “Toshiba Completes Full and Early Payment of Guarantee Obligations for the Vogtle Nuclear Power Plant Project in Georgia, U.S.A.,” Toshiba has also completed early payment of the parent company guarantee obligation to the owners, including Georgia Power, a wholly-owned subsidiary of Southern Company, of the construction project for Westinghouse AP1000 reactors at Units 3 and 4 of Plant Vogtle in Georgia. In that announcement, Toshiba also stated that it was in discussions with the owners of the V.C. Summer claims about the terms and conditions required for full payment of the guaranteed amount.

With today’s payment, Toshiba has completed early payments in full to the maximum limit of its parent company guarantee obligations for Westinghouse AP1000 reactor construction projects in the U.S.

As announced on November 19, 2017, in “Toshiba to Explore Alternatives to Sell its Westinghouse Related Assets,” Toshiba plans to reduce the internal resources that it must allocate to Westinghouse’s rehabilitation proceedings by selling the claims to a third party, along with assets that include debt Toshiba holds against Westinghouse and other Westinghouse-related companies that filed for Chapter 11 bankruptcy protection*2 (the “Assets”). Toshiba plans to sell the rights to pursue claims against Westinghouse for the amount paid for the parent company guarantee obligations for both Plant Vogtle and V.C. Summer Nuclear Power Plant projects (the “Claims”), and the Assets by the end of March 2018. If the sale of the Claims and Assets are completed by that date, Toshiba expects to see an increase in its shareholders’ equity by the end of FY2017, ending March 31, 2018, due to the income from the sale and the tax impact.

*1 A mechanic’s lien is the U.S. system for construction projects that guarantees payment to builders, contractors and construction firms for their work. When those builders, contractors and construction firms who register a mechanics’ lien are guaranteed a certain amount as a result of Westinghouse’s rehabilitation proceedings, it has the effect of reducing Westinghouse’s debt held by Toshiba through the parent company guarantee obligations by the same amount. Today’s payment to Citigroup reflects the projected impact of the reduction in the mechanic’s lien.

*2 Companies that filed a voluntary petition under Chapter 11 of the U.S. Bankruptcy Code include Westinghouse Electric Company (“WEC”), certain of WEC's U.S. subsidiaries and affiliates, and Toshiba Nuclear Energy Holdings (UK) Limited, the holding company for Westinghouse Group operating companies outside the U.S.

* For convenience only, all U.S. dollar figures in this announcement are valued at 113 yen to the dollar.