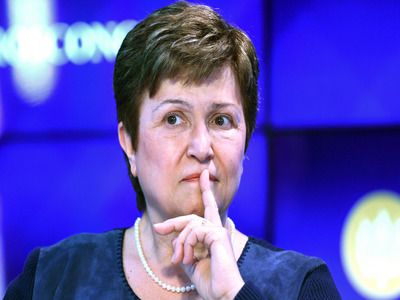 About 80 Countries Asked IMF for Financial Support due to Coronavirus

FinancesState financeBanksInternational activities
OREANDA-NEWS. Approximately 80 countries requested financial support from the International Monetary Fund (IMF) because of the coronavirus pandemic. This was stated by the head of the fund Kristalina Georgieva at a press briefing, according to the organization’s website.

According to her, the IMF has already approved the request from Kyrgyzstan. New applications are expected to arrive soon. Georgieva noted that until this moment, the fund had never considered several requests at the same time. However, she didn't specify which countries applied for help. Ukrainian President Vladimir Zelensky said the country could receive $ 2 billion in “quick tranche” from the IMF if it fulfills two conditions.

According to the WHO, as of April 1, more than 836 thousand people were infected with the coronavirus worldwide, more than 40 thousand were killed. The IMF pointed out that the consequences of the pandemic for the global economy will be “very serious”, but “a certain buffer” against weakening activity can be created, in particular, by using a high level of employment.
Source: OREANDA-NEWS
Материалы по теме: