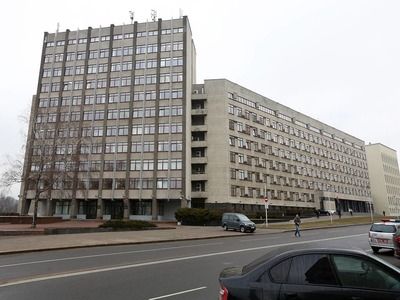 Belarus Estimated Its Losses from Tax Maneuver in Russia in 2020

FinancesFinance accounting and auditState financeInternational activities
OREANDA-NEWS. Losses of Belarus in 2020 from a tax maneuver in the oil sector of the Russian Federation will amount to $ 400 million, the Minister of Finance of the Republic Maxim Ermolovich told reporters. "Given the losses from the tax maneuver in 2019, this figure will be $ 800 million. This is the total figure", he said. When asked about the progress in negotiations with Moscow on compensating Minsk for economic losses from a tax maneuver, Yermolovich said that "so far the parties are in the process".

At present, Belarus and Russia are negotiating on topical issues of Belarusian-Russian cooperation. Among the disagreements of the parties is a tax maneuver in the Russian oil industry. Belarus wants to compensate for losses from the deteriorating conditions of oil trade, and Russia in response proposed to deepen integration in accordance with the 1999 agreement on the Union State.

Additional costs for Belarus arise due to the expected increase in the price of Russian oil and a decrease in export duties on petroleum products. Minsk estimated its losses for a total of six years in the amount of up to $ 11 billion, and in 2019 - at $ 400 million with an oil price of $ 70 per barrel.