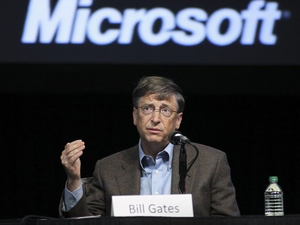 “The biggest mistake is my mismanagement, which did not allow Microsoft to become what Android is,” Gates said. Android is today a non-Apple universal platform, he added.

Gates added that an alternative to the iOS system would allow Microsoft to "become a winner and get everything." According to him, the inability to create it deprived the company of $400 billion.
Source: OREANDA-NEWS
Поделиться в соцсетях:
Подписаться на наши группы: Instagram | VK | Facebook | Twitter
Rate this article: