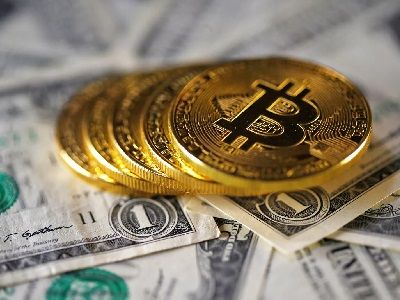 Bitcoin Stabilizes Above the Mark of $6.3 Thousand

OREANDA-NEWS Вitcoin slightly reduced in price on Tuesday, consolidating near the mark of 6.3 thousand dollars, according to trading data. It happened in anticipation of the decision of the US authorities to launch the cryptocurrency exchange investment Fund (ETF).

According to the portal CoinMarketCap -  it calculates the average price of more than 20 exchanges - at 8.45 MSK bitcoin fell by 2.38% to 6.34 thousand dollars. On the largest cryptocurrency exchange Binance bitcoin declined in price by 2.41% - to 6,309 thousand dollars.

Other cryptocurrencies supported the negative trend of bitcoin: Ethereum is cheaper by 7.58% — to 278.14 dollars, Ripple — by 4.74%, to 0.3275 dollars, Bitcoin Cash – by 7.78%, to 522.24 dollars. According to CoinMarketCap, the market capitalization of cryptocurrencies amounts to 207 billion dollars. Bitcoin accounts for approximately 52.7% of the total cryptocurrency market.

The uncertainty in the cryptocurrency market is due to the fact that the US authorities at the beginning of the month postponed the decision to launch a cryptocurrency exchange-traded investment Fund (ETF). So far the situation in this direction has not cleared up.

At the same time, analysts note that bitcoin begins to restore its share in the cryptocurrency market after it has been below 50% for some time. Managing Director of WhitePark Capital Vladislav Shabanov in an interview noted that bitcoin is restoring its share, as traders are interested in quality investments.

"We have already seen several significant corrections in the market, and we believe that there will be more similar before the market is finally formed," the expert added.

The business community proposes to create Cryptodolines in Russia. The first two Cryptodolins are proposed to be placed in the Kaliningrad region and Primorsky Krai. Participants in economic processes can be exempted from tax payments for three years.

Entrepreneurs sure, than a unique ecosystem will be created on the territory of Cryptodoline. It will allow to accumulate the world's leading innovation experience in the territory of the Russian Federation for a short period of time.

"The best projects and their teams will move to Cryptodoline. Significant funds will be attracted to the economy, which will be invested in development and will return in the form of new jobs and taxes," - said Rahman Yansukov -  the President of the Association.

The US Government Can Oblige Tobacco Companies to Reduce the Nicotine Content of Cigarettes.Oreanda.ru | 21.04.2021 15:24:29