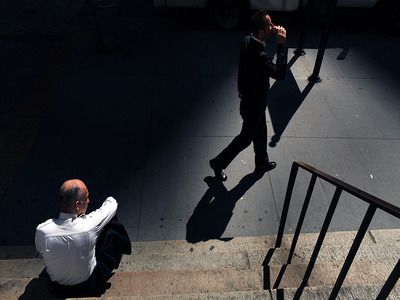 Bloomberg Estimates the Loss of Businessmen from Russia in One Day at $ 15.5 Billion

FinancesInternet mediaStock marketFinance accounting and audit
OREANDA-NEWS. The collapse of quotations on stock markets on March 12 led to a sharp reduction in the capital of Russian billionaires, follows from the Bloomberg Billionaires Index. According to agency estimates, the total fortune of the 24 richest businessmen in Russia decreased by $ 15.468 billion per day.

At the same time, Vagit Alekperov, co-owner of LUKOIL, became the poorest of all. Against the background of a fall in the company's share price by more than 8%, its fortune decreased by $ 1.9 billion, decreasing to $ 14.4 billion. The second largest shareholder of LUKOIL, Leonid Fedun, according to Bloomberg, lost $ 812 million per day.

The richest businessman in Russia, Vladimir Potanin, lost $ 1.71 billion in a day - $ 24.6 billion remained. The shares of Norilsk Nickel controlled by Potanin fell 8.59% on March 12.

Since the beginning of 2020, according to media estimates, Russian participants in the Bloomberg Billionaires Index have lost $ 55.855 billion. The most severe losses were suffered by Michelson (minus $ 10.6 billion), Timchenko (minus $ 8.81 billion) and Alekperov (minus $ 7.85 billion).
Source: OREANDA-NEWS
Материалы по теме: