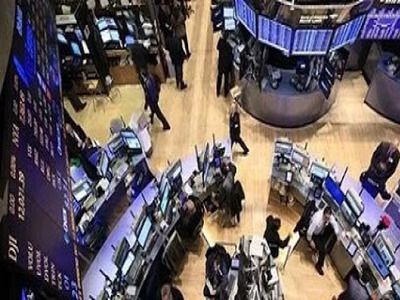 Brent and WTI Oil Prices Up 3% on the London Exchange

FinancesOilState financeInternational activities
OREANDA-NEWS. World oil prices during Friday's trading on the ICE in London rise after a significant drop on March 12, when Brent fell more than 9% and WTI fell 6.4%.

At the talks on March 6, the OPEC+ ministers were unable to agree on further parameters of the deal to reduce oil production. OPEC proposed to further reduce production by 1.5 million barrels per day until the end of this year, but Russia did not agree to this. From April, all production restrictions will be lifted. Due to the failure of the transaction, Brent crude at the auction on March 9 at the moment fell by 30%, having fallen in price to $ 31 per barrel.

Oil prices are also falling amid concerns over the spread of coronavirus and its negative impact on the global economy.
Source: OREANDA-NEWS
Материалы по теме:

Germany Approved the Creation of a Multibillion-Dollar Joint Fund of the European Union to Combat the CoronavirusOreanda.ru | 26.03.2021 14:09:28