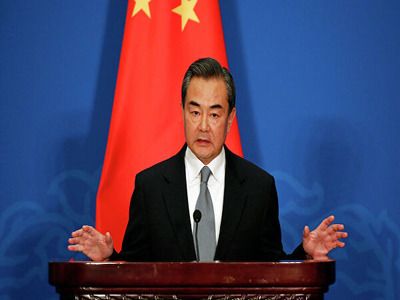 FinancesInvestmentInterstate relationsMinistries and departments
OREANDA-NEWS. Chinese authorities consider the statements of US Secretary of State Michael Pompeo about the dangers of Chinese investment as a bluff, without any foundation. This was announced on Thursday by the official representative of the Ministry of Foreign Affairs of the People's Republic of China Geng Shuang.

"The fact that certain representatives of the American side are hostile to the relations between China and Latin America is not a secret for anyone", he said at a briefing, answering a question about how the Chinese side assesses Pompeo’s recent attack on Beijing regarding China’s investment. all such statements are not worth a penny, such irresponsible gossip does not enjoy the support of Latin American states - this is obvious".

According to the diplomat, China builds exclusively equal mutually beneficial relations with the countries of the Latin American region, taking into account the interests of its partners. He emphasized that China’s investments stimulated the development of Latin America and allowed creating many new jobs there.

As Reuters reported earlier, during a visit to Jamaica, Pompeo said that countries in the world should not use Chinese investment, as this would allegedly lead to dependence on Beijing. According to the Secretary of State, China’s investment is "destructive and does not create jobs".
Source: OREANDA-NEWS
Подписывайтесь на наши группы: Instagram | VK | Facebook | Twitter
Материалы по теме: