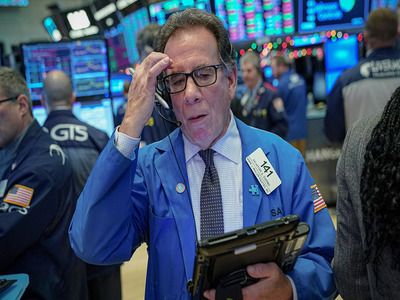 FinancesState financeExchangesStock market
OREANDA-NEWS. The Dow Jones Industrial Exchange Index, one of the oldest in the United States, showed the worst results for the first quarter of the year in all of the foreseeable history, writes Market Watch. From January to March, it fell by almost a quarter - by 23.2%.

If we take into account the data for all quarters, the decline was the strongest since 1987. Then in one day, October 19, the Dow Jones hit 22.6%. This event is called Black Monday.

The Dow Jones Index covers the shares of the 30 largest US companies, it was created in 1884, and began publishing in 1896. Now it is compiled on the basis of stock quotes of the 30 largest US companies. According to Market Watch, the fall in the first quarter was the largest in 124 years since the availability of data in the public domain, and according to the Washington Post - for all 135 years of existence.

Other US stock indexes also show a record drop. For the S&P 500, this quarter was the worst since the global crisis of 2008: it fell by 20% since the beginning of the year and by 24% from the peak values set in February.