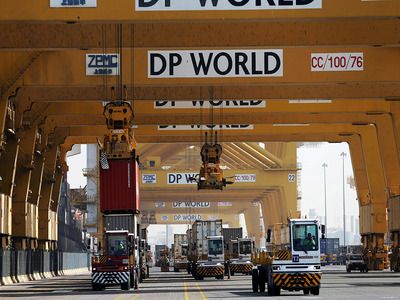 FinancesStock marketFinance accounting and auditState finance
OREANDA-NEWS. One of the world's largest port operators, DP World, controlled by the government of the United Arab Emirates, has sent to the Russian government a plan to purchase the FESCO transport group and its further development within its network worldwide.

This is stated in a letter from the representative of DP World in Russia Sergey Chemardy, which he sent on January 15 to the Ministry of Transport, the Federal Antimonopoly Service (FAS), the Ministry of Economic Development and the Government Analytical Center. The authenticity of the RBC document was confirmed by a government official and a source close to the participant in the meeting at the Ministry of Transport on the modernization of transport and logistics infrastructure, which took place in December 2019.

For the first time, DP World's interest in FESCO became known in 2017. Then, the Arab operator planned to acquire, together with the Russian Direct Investment Fund (RDIF), 35-40% of FESCO from its main shareholder, Summa Group, Ziyavudin Magomedov and other owners.

DP World promised to invest about $ 350 million for the modernization of the Vladivostok port, of which $ 200 million was intended to expand the capacity of container berths, another $ 150 million to increase its throughput, as well as to an “intermodal railway facility” in the port.
Source: OREANDA-NEWS
Материалы по теме: