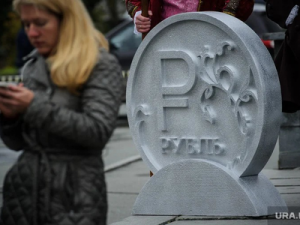 OREANDA-NEWS The economic crisis will begin in Russia in a year, if the trade war between China and the United States does not stop. This was stated at the Center for Market Studies of the Higher School of Economics (HSE).

According to HSE economists, if the trade war between the two largest economies in the world - the United States of America and China - “reaches a boiling point”, then their growth rates will slow down, and this will “instantly lead to a noticeable decrease in world prices for raw materials and create significant difficulties for the main Russian exports."

Russian economists believe that following this, the Russian Federation will begin to “have some problems with the budget”, inflation will increase noticeably and economic growth will slow down “until the transition to recession”. The authors of the report add that in 2020-2021 it will be 12 years after the end of the last world crisis. “10-12 years is the most favorable time for inflating various financial “bubbles,”experts say. They clarify that a sharp decline in the Russian economy occurred in 2009, when the country's GDP fell by 7.8%.