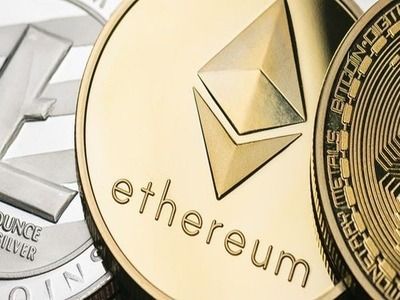 Ethereum Went Up by 10% Per Day

FinancesCurrency marketExchanges
OREANDA-NEWS. The second largest by capitalization was trading at $ 161 yesterday, and today it is valued at $ 177. Alpico Arnaldo, analyst of Shepicap edition, believes that the rate may rise to the level of $ 200, and there are several reasons for this. Over the past 24 hours, Ethereum has grown by 10.29%, and now its value reaches a price tag of $ 177. Сhepicap expert Alberto Arnaldo suggested that the cryptocurrency rushed to the figure of $ 200 after news about the possible launch of Ethereum futures appeared on the network.

A similar forecast was made by NewsbTC analyst Ayash Jindal. He believes that in the coming days, ETH may remain in an uptrend, which will allow the coin to rise above the $ 192 mark. In addition to news about the approval of Ethereum futures, news of new records could have a positive effect on the coin rate. Thus, according to the Diar analytical company, the volume of transactions carried out with the help of decentralized applications (DApp) in the Ethereum blockchain reached a historic maximum, while the number of new applications has decreased markedly.

Last month, the volume of Ethereum transferred via DApp was estimated at 776,000 ETH (approximately $ 132 million). According to the Diar team, this indicator has been growing for four months in a row, which is considered the longest period of growth in history. However, the number of new DApps running on the Ethereum network turned out to be minimal - only 88 applications per year. Also recently it became known that the second capitalization of cryptocurrency is coming to an important update called Ethereum 2.0, which will radically change the process of creating blocks and verifying transactions. Developer Justin Drake said that the code for the first stage of Ethereum’s transition to the Proof-of-Stake (PoS) consensus algorithm can be completed by June 30.
Source: OREANDA-NEWS
Поделиться в соцсетях:
Подписаться на наши группы: Instagram | VK | Facebook | Twitter
Rate this article: