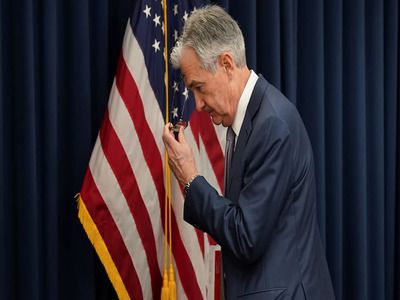 FinancesState financeBanksFinance accounting and audit
OREANDA-NEWS. The US economy may face recession due to a pandemic of the disease caused by the new coronavirus. This was announced on Thursday by Jerome Powell, chairman of the US Federal Reserve System, the central bank of the country, in an interview with NBC.

At the same time, the head of the Fed expressed hope that "economic activity will recover in the second half of 2020". "The sooner the virus situation is taken under control, the sooner the economy will recover," he said. Powell emphasized that the Fed "is fully focused on the task of helping the American people".

On March 16, the Fed announced a rate cut to almost zero as part of its risk management of coronavirus. In addition, the regulator said it was launching a program of so-called quantitative easing: the purchase of additional bonds totaling $ 700 billion. According to Johns Hopkins University, which makes calculations based on information from federal and local authorities, more than 69 thousand cases of coronavirus infection have been recorded in the United States, more than 1 thousand people have died.
Source: OREANDA-NEWS
Другие новости: