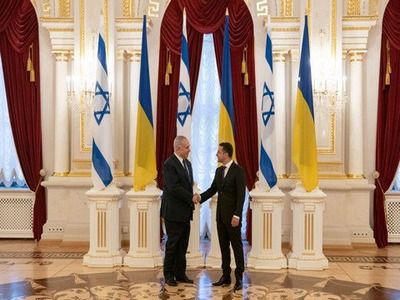 FinancesState financeFinance accounting and auditInterstate relations
OREANDA-NEWS. The expansion of the trade war between the United States and China may lead to a slowdown in the Russian economy until its transition to recession. This is stated in the study of the Center for Market Studies of the Higher School of Economics "Business activity of Russian industry in June - July 2019".

"If the trade war between the two largest economies in the world, the United States and China (about 35% of global nominal GDP, Russia - about 2%) reaches a boiling point and, accordingly, for some period the growth rates of the economies of these countries will almost certainly slow down, it’s instantly will lead to a noticeable decrease in world prices for commodities traded in commodities and will create significant difficulties for the main Russian export", experts say.

The study says that in January-May 2019, the share of fuel and energy traded goods, metals and wood in Russia's total exports amounted to about 80%. “Naturally, the launch of such a mechanism will provide some problems for the Russian budget, negative volatility in the foreign exchange market, worsening inflation component, etc., and as a result, economic growth may slow down until the transition to recession”, experts write.

However, today, according to their assessment, the Russian mining industry isn't experiencing any serious macroeconomic, geopolitical and price difficulties. As noted in the HSE study, in 2020-2021, 12 years will pass after the last global financial and economic crisis of 2008-2009. "Based on economic theory, it is this period (Juglar cycles) that is considered the average cyclic wave, after which it's necessary to make serious investments in fixed assets to increase the load on aging production capacities and partially change the technological structure. As a rule, such rearrangements lead to a short-term recession", - experts write.