Experts Found out How Many Russians Save on Food 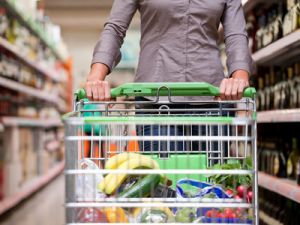 OREANDA-NEWS The share of people in Russia who are trying to save on expensive food products in the second quarter of 2019 decreased by 3 percentage points to 68%.

As stated in a study by Sberbank, which examined consumer sentiment among Russians, the tendency for consumers to drain into relatively low price segments becomes less pronounced. Despite the fact that Russians were worried about the high rates of inflation, they began to send a larger share of income to the purchase of food products.

At the same time, consumers are trying to visit more different stores, but somehow they buy more goods from public retail chains, and this is not accompanied by a further deterioration in consumer sentiment, RIA Novosti reports.

Meanwhile, in 2018, millet and cabbage became the most expensive products in Russia.

According to Rosstat, last year the prices for millet and cabbage increased by 73.6 and 72.8%, respectively, and this is 17 times higher than the inflation rate. The increase in the price of millet can be explained by a reduction in the area under millet, since millet is not very popular in Russia, said Daria Snitko, head of Gazprombank’s Economic Forecasting Center.