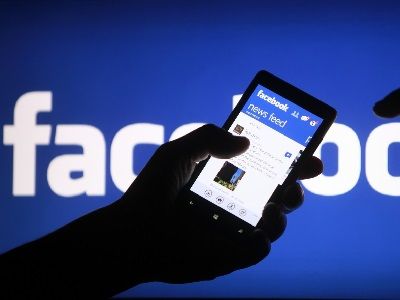 Facebook Shares Soared 11.5% After the End of the Fourth Quarter With Record Profits

OREANDA-NEWS  American Facebook Inc, which owns the world's largest social network, in the fourth quarter received a record profit, which at the same time was higher than the consensus forecast.

Facebook's revenue from advertising in the last quarter increased by 30% to $16.64 billion, according to reports. At the same time, the company now receives about 93% of advertising revenue from mobile devices compared to 89% a year ago.

The number of users of the social network (account activity at least once a month) at the end of December reached 2,320 billion people, an increase over the past year by 9%. The number of daily active users also increased by 9 per cent to 1.523 billion.

In the US and Canada, which are the most profitable markets for Facebook, the monthly audience rose to 242 million from 239 million at the end of 2017. In Europe, the figure rose to 381 million compared to 370 million.

At the same time, Facebook was able to significantly increase revenue from each user in the US and Canada - to $34.09 in the fourth quarter compared to $26.26 for the same period a year earlier.

"According to our estimates, about 2.7 billion people now use Facebook, Instagram, WhatsApp or Messenger every month and more than 2 billion people use at least one of these services daily," the company said.

Facebook's total spending in the fourth quarter soared 62% to $9,094 billion.

The price of Facebook shares in electronic trading after the closing of the main session on Wednesday soared by 11.5%. The company's capitalization fell by 19.6% over the last year, while the stock index Standard & Poor's 500 for this period lost only 5%.