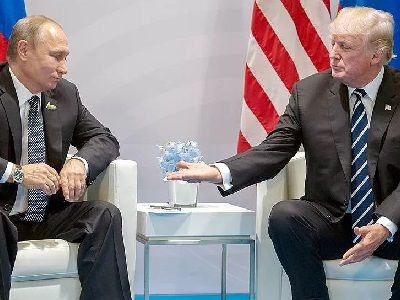 Finland Spent 5.7 Million Euros to Organize a Meeting between trump and Putin

OREANDA-NEWS The Russian-American summit with the participation of Vladimir Putin and Donald Trump on July 16 in Helsinki cost the national budget of Finland 5.7 million euros, follows from the amendments to the country's budget for 2018.

The costs relate to police, border guards, defence forces and the Ministry of foreign Affairs. Specific allocations to each Agency and how they have grown, the report is not named.

The first full-scale talks between US and Russian presidents took place in Helsinki on July 16. The presidents first talked face-to-face for more than two hours, after which the delegations had lunch in an expanded format and then answered journalists ' questions. Following the meeting, the leaders expressed interest in improving relations between the two countries.

"Only about 5.7 million euros is required to cover the costs of the police, Border guards, defense Forces, the Ministry of foreign Affairs (to cover the costs) of organizing a meeting between Putin and trump in Helsinki," the document says.

According to preliminary estimates, more than €2.7 million went to the interior Ministry (police and border service), the army got about €400 thousand and €1 million — diplomats. Most of the expenses of the foreign Ministry fell on the rent of the Palace "Finland" and the organization of work in it. Another item of expenditure included the payment of airport charges and compensation of expenses for the movement of presidents (€150 thousand).

The Finnish media note that this is not all expenses of the country in connection with the Russian-American summit. About 250 thousand euros spent on the holding of this meeting, the office of the President of Finland, however, budget adjustments for reimbursement of these funds.

In Finland, we were satisfied with the summit and consider the costs justified. Earlier, the Helsinki city hall reported that the increase in the number of references to the Finnish capital — Helsinki, as well as a neutral or positive tone of publications in the world media during the meeting of Russian and US presidents Vladimir Putin and Donald Trump on July 16 in Finland is estimated at about 3.2 billion euros.