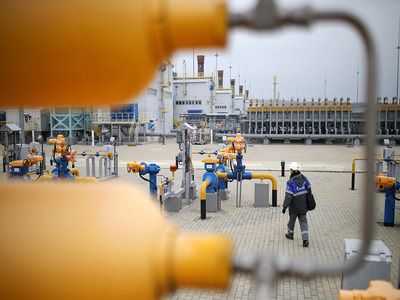 Gazprom’s Profit for the Year Decreased by 253 Billion Rubles

FinancesgasState financeFinance accounting and audit
OREANDA-NEWS. Gazprom’s net profit attributable to the company's shareholders at the end of 2019 amounted to 1.203 trillion rubles, which is 17% less than a year earlier, follows from the company's report prepared in accordance with international financial reporting standards (IFRS).

The decline in revenue in the company was explained, first of all, by a decrease in the volume of gas sold to Europe and other countries (by 4% or 10.9 billion cubic meters), and a drop in prices for it (on average by 12% in rubles and 15 % in dollars). Gazprom's net debt increased over the year by 5%, or by 153.444 billion rubles and amounted to 3.168 trillion rubles.
Source: OREANDA-NEWS
Другие новости: