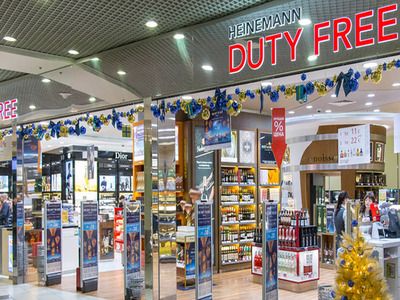 Hainan Duty-Free Trade Up 92.6% in March

FinancesState financeInternational activitiesTerritorial administration
OREANDA-NEWS. The volume of sales of goods in duty-free shops in the southern Chinese province of Hainan increased in March compared with the previous month by 92.6%, up to 932 million yuan (about $ 131 million at the current exchange rate). This was reported on Tuesday by the statistical office of the region.

“Duty-free sales of goods have increased markedly, consumption in the tourism sector is confidently recovering”, Wang Yu, deputy department head, said at a press conference. According to her, last month, the Hainan tourism industry served over 2.2 million vacationers - 2.3 times more than in February. According to official estimates, in March, tourists spent 2.68 billion yuan, or about $ 380 million (an increase of 2.1 times) on the island.

According to the administration, despite the pandemic of the new coronavirus, the per capita income of the province's urban population grew by 0.3% year-on-year in the first quarter, to 9,650 yuan ($ 1,363). For three months, Hainan residents increased their purchases of food by 0.4%, drinks by 11.8%, and medicines by 8.8%. In the city of Sanya, on the southern coast of the island, there is a duty free point, which is visited by 2-3 million people every month.
Source: OREANDA-NEWS
Материалы по теме: