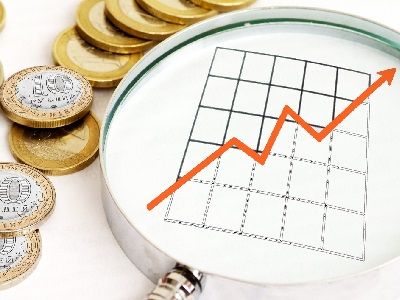 OREANDA-NEWS Inflation in Russia accelerated by the end of November and will reach 4% by the end of 2018. This was reported by the study of the Central Bank of Russia, published on the website of the financial regulator.

"Annual inflation rose to 3.9% in the 20s of November and will reach the target level of 4% by the end of the year. Short-term inflation risks remain elevated due to the weakening of the ruble against major currencies in 2018 and the upcoming increase in the base VAT rate," the document says.

Earlier, the Central Bank called several options for the development of the Russian economy for three years. At the same time, all of them imply maintaining annual inflation at the level of four percent. However, small fluctuations are allowed. According to the head of the financial market Committee Anatoly Aksakov, for the first time the Central Bank says that four percent of inflation is a permanent indicator. This will allow businesses to plan long-term investments, he said.

Meanwhile, as Vladimir Putin said, speaking at the investment forum "Russia is calling!" the country's economy has already adapted to external shocks and creates conditions for the country's development.

According to the Head of State, the country's economy as a whole is developing steadily. He noted low inflation and unemployment rates of 3.5 per cent and 4.7 per cent, respectively. The President noted that the inflation forecast was even higher-about four percent.

According to experts, the risks of inflation are also associated with the acceleration of consumer lending, the situation in the labor market, volatility in the financial markets.

During the week from November 27 to December 3, prices rose by 0.2%, before two weeks they grew by 0.1%. The rise in prices by 0.2% next week will lead to the fact that the annual inflation will be higher than the government's forecasts and will exceed 4%.