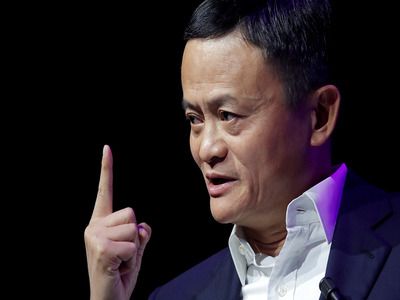 FinancesBank loans and ratingsFinance accounting and auditInternet media
OREANDA-NEWS. Founder of Alibaba Group Jack Ma, who left the post of head of the company in September, regained the title of the richest resident of China. This was reported by Forbes, which updated its rating of 400 richest businessmen in this country. In the new list of billionaires, Jack Ma's fortune is estimated at $ 38.2 billion, which is $ 3.6 billion more than a year earlier.

In the Forbes 2018 ranking of China's richest businessmen, Alibaba founder also ranked first. However, already in the global billionaire ranking published by Forbes in March 2019, Jack Ma was only second in China, losing the lead to Tencent Holdigs founder Ma Huateng. Experts of the magazine then estimated the state of the latter at $ 38.8 billion, Jack Ma at $ 37.3 billion.

In the new ranking of the richest Chinese, Ma Huaten dropped to second place with a result of $ 36 billion. Third place was held by Xu Jiain, chairman of the board of development company Evergrande, despite the fact that his fortune declined, according to Forbes, from $ 30.8 billion in 2018 to $ 27.7 billion. Forbes estimates the combined fortune of the 400 richest businessmen in China at $ 1.29 trillion, which is about 20% higher than the previous year. To get into the top 400, it is now necessary to have capital of at least $ 1 billion (last year, $ 840 million was enough).