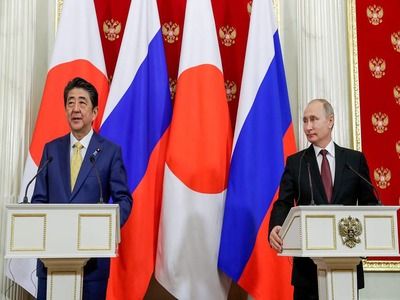 Japan Is Interested in Updating Investment Agreement with Russia

FinancesInterstate relationsInvestmentState finance
OREANDA-NEWS. Japan believes that in order to increase mutual investments and deepen economic cooperation with Russia, it is necessary to renew the intergovernmental agreement in force since 2000 on the promotion and protection of investment. This was stated on Tuesday by the chairman of the Japan-Russia Committee on Economic Cooperation, Teruo Assad, speaking at the XVI joint meeting of the two countries' committees on economic cooperation.

"I would like to make a proposal to expand and deepen Japanese-Russian economic relations. The first is to revise the investment agreement. 20 years ago, in 2000, the current investment agreement came into force, which is a traditional type of investment protection. If it's updated and sent to reviewing some of its provisions to mitigate the regulation of foreign investment, protect investors, create comfortable conditions for projects and ensure transparency, we can expect increased reliability and other predictability of investment in Russia", he said.

Japanese Ambassador to Moscow Toyohisa Kozuki, speaking at the same event, expressed the hope that the governments of the countries will pay attention to Assad’s proposals. “This will become an update of the cooperation agreement. I hope that governments will pay close attention, in particular, to this proposal”, he said.