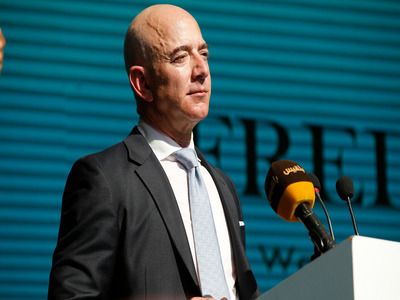 Jeff Bezos Made a Fortune of $ 13 Billion in 15 Minutes

FinancesFinance accounting and auditState financeStock market
OREANDA-NEWS. Amazon founder Jeff Bezos increased his fortune by $ 13.2 billion in 15 minutes, writes the American media. This happened due to a sharp jump in Amazon shares on the postmarket on January 30 - by 12%, to $ 2.1 thousand (subsequently, the rate was slightly adjusted). Quotes rose thanks to the company's successful quarterly report, which, according to Bloomberg, “smashed” analysts' forecasts. In particular, Amazon reported a profit of $ 87.4 billion, earnings per share - $ 6.47 (experts expected $ 4.11).

Thus, the state of Bezos, which owns 12% of Amazon, has grown to about $ 129.5 billion. Bloomberg clarifies that these changes are not reflected in its rating of the Billionaires Index: the index will be updated after the close of trading on Friday, January 31. Forbes estimates Bezos’s fortune at $ 116 billion.

A similar story happened with the founder of Tesla, Ilon Musk: after the publication of a quarterly report by the automaker, which exceeded experts' expectations, the company's shares rose sharply, and Musk grew rich by $ 2.3 billion in an hour. His fortune was about $ 36 billion.
Source: OREANDA-NEWS
Материалы по теме: