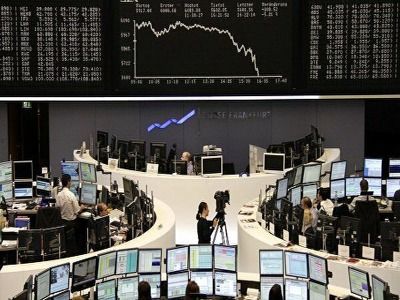 FinancesIncidentsStock marketState finance
OREANDA-NEWS. The main index of the London Stock Exchange FTSE-100 after the opening of trading on Friday fell by 0.35% to 7576 points in connection with the receipt of information about the assassination of Iranian General Kassem Suleimani as a result of a US missile attack. At the same time, the price of futures for Brent crude on Friday night increased by almost 4%, reaching $ 69 per barrel, but after a few hours it stabilized at around $ 68.5 per barrel.

Previously, the Pentagon confirmed that it struck a missile strike near Baghdad’s airport on Friday, which killed Kassem Suleimani, commander of the Al-Quds special forces of the Islamic Revolutionary Guards Corps (IRGC, elite units of the Iranian Armed Forces). The press service of the US military also said that the operation was carried out by order of the President of the United States Donald trump.

The spiritual leader of the Islamic Republic, Ayatollah Ali Khamenei, announced a three-day nationwide mourning after the death of Suleymani. He also promised revenge on those behind the general’s murder.
Source: OREANDA-NEWS
Материалы по теме: