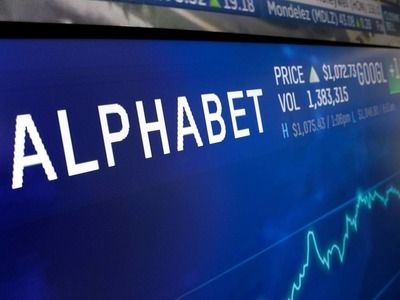 FinancesSoftware engineeringFinance accounting and auditStock market
OREANDA-NEWS. The Alphabet holding, which owns Google, has reached a capitalization of $ 1 trillion. This was announced on Thursday by the American television company. According to her, the corporation became the fourth American company whose market capitalization exceeded this mark. The first in 2018 was Apple, followed by Microsoft and Amazon.

It was previously reported that Apple Stocks stock trading app Apple prematurely announced that the corporation's capitalization reached $ 1 trillion. According to The Independent, the record information was based on erroneous data entered into the program. In addition, Microsoft became the third US company after Apple and the online retailer Amazon, whose market capitalization reached $ 1 trillion. This was previously reported by the American newspaper.

Founded in 1975 by entrepreneurs Bill Gates and Paul Allen, Microsoft is one of the largest corporations producing software for various devices, from personal computers to mobile phones. Microsoft is headquartered in Redmond, Washington.
Source: OREANDA-NEWS
Материалы по теме: