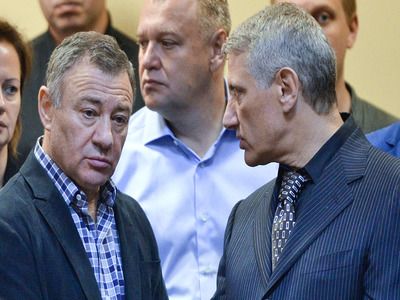 Media Called Russians Who Became Rich during Fall of the Market

FinancesInternet mediaFinance accounting and auditStock market
OREANDA-NEWS. The only Russian billionaire whose fortune grew despite a new decline in quotations on the Moscow Exchange was Arkady Rotenberg, Forbes reports. According to experts of the magazine, on March 16 his fortune grew by $ 233 million, while the capitals of the remaining richest businessmen in Russia either decreased or did not change.

Forbes explains Rotenberg’s growing fortune as Mostotrest shares rise in price. During the auction on March 16, the value of its shares increased by more than one and a half times - from 119.1 rubles up to 181 rubles.

As a result, Rotenberg’s general fortune increased to $ 3 billion, which, however, is not enough to get into the Bloomberg Billionaires Index, which includes the 500 richest businessmen in the world. According to the estimates of the drafters of this rating, on March 16, five of the 24 included Russian billionaires finished in positive territory, including the “poorest” of them, Sergei Popov. According to Bloomberg, his condition at the end of the day increased by $ 25 million - up to $ 3.78 billion.
Source: OREANDA-NEWS
Материалы по теме: