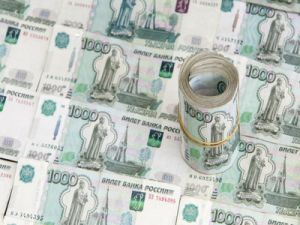 OREANDA-NEWS. In 2019, the program of issuing interstate loans in Russia became the largest in five years, reports Rossiyskaya Gazeta, citing data from the Federal Treasury and budget amendments. According to the publication, since the beginning of this year, it has increased to 293 billion rubles. The size of international lending increased by $ 1 billion.

According to the newspaper, as of July 1, foreign governments received 79 billion rubles from the Russian side. in the form of a budget loan. During the same period, liabilities worth 66 billion rubles were repaid to Russia. Deputy Finance Minister Sergei Storchak didn't clarify to the news source the purpose of the loans and the country, which received money from Russia. The press service of the Accounts Chamber described confidential information on the provision and repayment of government loans in the context of specific debtor countries.

According to analysts polled by the newspaper, borrowers can be countries from foreign countries, since loans for countries from neighboring countries, as a rule, are announced. In particular, the newspaper notes, we can talk about Venezuela, India, Iran and Turkey. As previously reported by the Accounts Chamber, in 2017, some countries violated their obligations on debts to Russia. According to the department, as of the beginning of 2018, the overdue debts of other governments to the Russian side amounted to $ 13 billion, an increase of $ 3.5 billion (36%) compared with 2017.

As of 2015, the debtors of Russia included Vietnam, Georgia, Pakistan, Morocco, Iraq, Albania, China, India, Yemen, followed from the data of the Accounts Chamber. Also at the end of 2015, Ukraine refused to return $ 3 billion to Russia, but this wasn't an ordinary interstate loan: Ukraine issued Eurobonds, which were fully acquired by the National Welfare Fund of Russia. The Ministry of Finance of Russia considers this debt essentially “official” (that is, bilateral interstate), the IMF agrees with this interpretation. The parties are suing this unpaid debt in England, taking into account interest for failure to fulfill obligations, the total amount of Ukraine’s debt to Russia exceeds $ 3.6 billion.