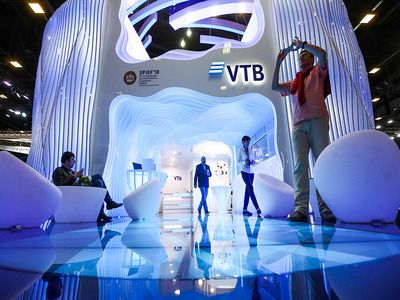 FinancesInternational activitiesStock marketEvents
OREANDA-NEWS. VTB is in talks with Chinese companies on a possible redemption of En + Group shares from the bank. This is written by the American business newspaper with reference to sources familiar with the negotiations. According to the interlocutors of the newspaper, two Chinese state industrial groups turned to VTB (owns 21.68% of En+ Group). One source claims that companies do not discuss the exact details, but there is “serious interest on both sides”.

As the newspaper notes, citing a source close to En+, most likely the US Treasury will not be opposed to this deal: it doesn't include persons and companies under sanctions. “A larger number of shareholders will be considered as a good factor”, the source said. Also, interlocutors of the American media indicated that the interest from Chinese companies was caused primarily by environmental difficulties in the country. According to the newspaper, Chinese companies want to switch to renewable energy, and En+ meets this criterion.

In 2018, the United States imposed sanctions against En+ Oleg Deripaska and other related companies. The reason was that, according to Washington, the businessman acted "in the interests" of Russian President Vladimir Putin. In the Kremlin, these data were rejected. The US Treasury lifted sanctions on three Deripaska companies - En+, UC Rusal and Eurosibenergo - at the end of January. To do this, the businessman had to reduce his stake in En+, through which he owned shares in UC Rusal and Eurosibenergo. His package was reduced from about 70 to 44.95%, and the voting share - to 35%. Deripaska himself remained on the US blacklist.

On December 19, 2018, the US Treasury announced that it would remove En + from the sanctions list. This decision was made after the companies fulfilled the conditions of Washington: Oleg Deripaska reduced his share in them, and independent directors were introduced to the board.