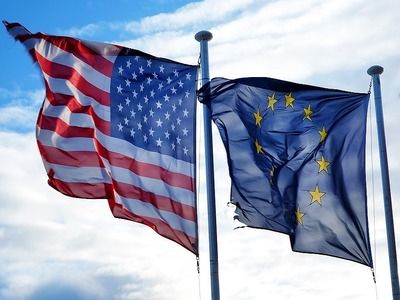 Media: US Has Confirmed Introduction of Duties on Some European Products Since October 18

FinancesInternational activitiesState financeFinancial intermediation
OREANDA-NEWS. The office of the US representative at the trade talks, Robert Laitheiser, confirmed that on October 18, duties of 10% and 25% for a number of goods from the EU will come into force. This was announced on Thursday by the American News Agency.

On Monday, the World Trade Organization (WTO) Dispute Resolution Authority (ODS) allowed the United States to levy duties of nearly $ 7.5 billion per year on EU goods and services that violated WTO rules when subsidizing Airbus. Claims for EU subsidies by Airbus date back to 2004. Washington complained about the practice of subsidies to this aircraft company from the UK, Germany, Spain and France.

On October 8, the Lighthizer apparatus published a list of goods and services of the EU countries for which customs duties will be introduced. The list, in particular, includes British, German, Spanish and French aircraft, duties on them will rise by 10%. At the same time, duties on food and agricultural products from most of the countries of the community will amount to 25%. Washington’s move will affect French wines, Scotch single malt whiskeys and cheese from a number of EU member states.