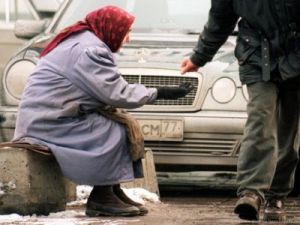 OREANDA-NEWS. The Republics of Komi and Tyva, the Altai and Perm regions, as well as the Kurgan region, joined the pilot project to reduce poverty and increase real incomes of Russians.  It is reported by the press service of the Ministry of Labor.

So far, the pilot project included only eight regions: Tatarstan, Kabardino-Balkaria, Primorsky Krai, Nizhny Novgorod, Ivanovo, Lipetsk, Tomsk and Novgorod regions.  Within the framework of the project, the authorities conduct a comprehensive analysis of the causes of poverty and develop mechanisms to combat it using the example of the participating regions.

The purpose of such pilot projects is to conduct a comprehensive analysis of the causes of poverty among citizens. It is necessary to develop, using as an example the subjects of the Russian Federation participating in the experiment, effective universal mechanisms that should focus on increasing the incomes of citizens and reducing poverty.

In the Volgograd region there is a social code, including aimed at supporting the financially unprotected segments of the population.  The region supports people with mental disabilities, people with disabilities since childhood, and large families.