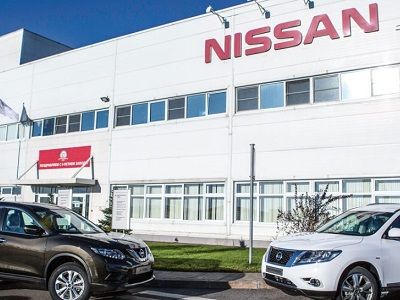 Nissan Shares Collapsed at the Opening of Trading in Tokyo

OREANDA-NEWS Japanese automaker Nissan has made an official decision to remove from office Chairman of the Board of Directors Carlos Ghosn and member of the Board of Directors Greg Kelly in connection with the scandal erupted around them because of violations of financial legislation. This was announced at an urgent press conference on Monday, CEO of the car company Hiroto Saikawa.

Shares of Japanese automaker Nissan on Tuesday collapsed at the opening of trading in Tokyo on the background of the scandal around the Chairman of the Board of Directors Carlos Gon. This is evidenced by the trading data of Asia's largest Tokyo stock exchange.

In the first minutes of trading Nissan shares fell by 6.25% to 943 yen for the security - the lowest figure for the current year.

Earlier, the Tokyo Prosecutor's office detained the head of the company Carlos Gon and a member of the Board of Directors Greg Kelly, who are suspected of numerous violations of Japanese financial legislation. In particular, Carlos Ghosn and Greg Kelly are suspected of deliberately understating the amount of their tax evasion payments. According to the latest updated data, in the period from 2011 to 2015, they understated information about their payments by almost 5 billion yen (about $44.4 million at the current rate).

Nissan has officially recognized the violations alleged by Gon and Kelly, promising to raise the issue of their immediate dismissal at the next meeting of the Board of Directors of the Corporation, which will be held on November, 22.

Saikawa also noted that the arrest of Chairman of the Board of Directors Carlos Ghosn will not affect the Alliance with Renault, which he also headed.

Earlier, French President Emmanuel macron, commenting on the news about the detention of the head of Renault-Nissan concern Carlos Ghosn in Japan during his visit to Belgium, said that the French state, being one of the main shareholders of Renault, is interested in its stability and will provide protection to its employees.
Source: OREANDA-NEWS
Материалы по теме: