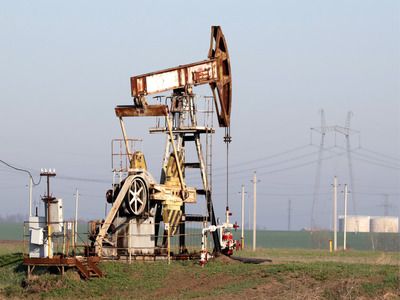 Oil Prices Have Fallen by 8%

OilFinancesExchangesInternational activities
OREANDA-NEW. World oil prices have fallen by 8%, according to a specialized portal. The cost of Brent, according to 01:18 Moscow time, reached $ 25.25 per barrel, down 7.78%. WTI at that time was trading at $ 21.55 per barrel, falling in price by 8.92%.

Last week, the price of Brent fell below $ 26 for the first time since 2003. At the minimum by the end of the day, the value of May futures fell to $ 24.72, the price fell by more than 9% compared with the figures at the time of the close of previous trading. The very next day, exchanges opened with an increase in oil prices by 6%: Brent was trading at $ 26.42 a barrel, while WTI was worth $ 24.72.

A serious collapse in oil prices began after the collapse of the OPEC+ deal, in which Russia also participated. Saudi Arabia then proposed an additional (1.5 million barrels per day) reduction of fuel production due to coronavirus.
Source: OREANDA-NEWS
Другие новости: