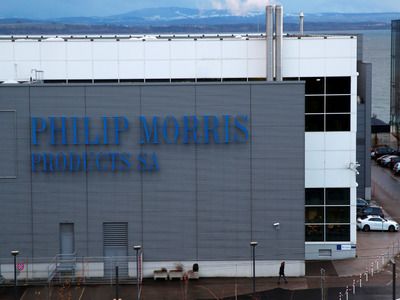 FinancesJusticeState financePulp and paper industry
OREANDA-NEWS. Tobacco company Philip Morris has published a financial report on financial results since 2019, which states that Russia paid $ 374 million in “excises and VAT after the audit”.

According to Vedomosti, this includes fines and interest that were accrued to the Russian branch of Philip Morris Izhora for the 2015-2017 financial years. The newspaper notes that since 2017, the Federal Tax Service (FTS) has been actively checking tobacco companies, as it discovered their dishonest manipulations with taxes: in the fourth quarter of the year, manufacturers artificially increased sales through affiliate distributors and fixed the excise rate until it increased from the new year.

As a result, in July 2019, according to the results of on-site inspections of tax specialists, the Russian divisions of Imperial Tobacco, British American Tobacco and Philip Morris International, as well as Don Tobacco, received an additional 60 billion rubles. excluding taxes and fines, the publication then claimed, citing sources. In July, Philip Morris said that they didn't receive a complaint from the Federal Tax Service.

The Russian media in September noted that the Ministry of Finance, who considered the claims to be fair, also sided with the tax authorities in a dispute with tobacco producers. The largest amount was presented to British American Tobacco - 46.5 billion rubles.
Source: OREANDA-NEWS
Материалы по теме: