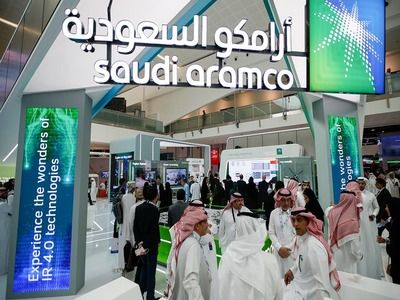 Price of Shares of Saudi Aramco on the First Day of Trading Amounted to 35.2 Rials

FinancesOilStock marketExchanges
OREANDA-NEWS. Exchange trading in shares of the world's largest oil reserves and exports Saudi Aramco began on the Saudi Tadawul exchange at 10:30 Moscow time, follows from the auction. The opening price was 35.2 riyals per paper, which is 10% higher than announced.

Thus, the growth in the price of Aramco shares reached the maximum allowable range of fluctuations established by the exchange for the first day of operations (+/- 10%). The company's securities are traded on the stock exchange with a ticker of 2222. The volume of trading at 11.00 Moscow time was 510 million rials or $ 136 million. The trading session will close at 15.00 Moscow time.

Saudi Aramco held the world's largest IPO (initial public offering), during which the re-subscription to shares was fourfold. In total, investors were offered 1.5% of the shares, the offering price amounted to 32 riyals per share, at the upper limit of the previously announced range. Thus, the entire company is valued at $ 1.7 trillion.