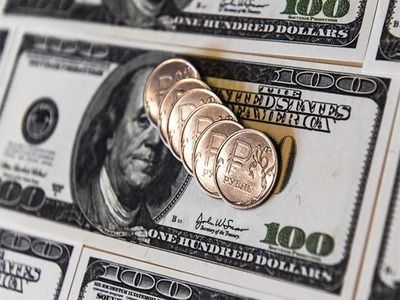 The ruble volatility for one month is calculated based on the prices of monthly options for the dollar against the ruble. The ruble volatility is now about 10%. The most volatile currencies are still the South African rand (15%) and Turkish lira (14.5%), and Brazilian real (12.42%) in third place. Then follow the Colombian and Mexican pesos (10.7 and 10.5%, respectively).

The ruble continued to decline on Monday amid a new round of the trade war between China and the United States: the People’s Bank of China decided to devalue the yuan by 1.5%, in response, U.S. President Donald Trump accused him of manipulating the exchange rate, which led to weakening emerging market currencies. The dollar, which was trading around 65 rubles during the day per dollar, eventually closed at around 65.53 rubles.

After the resumption of the trade war with China, the US Federal Reserve will have to lower rates again at a meeting in September and signal further easing of policy: Trump’s decision to impose a 10 percent duty on the remaining Chinese imports by $ 300 billion will have a much more negative impact on the US economy than the previously imposed duties. Fed cuts will put pressure on the dollar, at least against emerging market currencies such as the ruble.

In the baseline scenario, the ruble will again recover to 63 rubles. for the dollar before the end of 2019, Bragin predicts from Alfa Capital. However, the chief economist of Nordea Bank Tatyana Evdokimova believes that this is possible only if the US Federal Reserve rhetoric is greatly softened: if the US regulator promises to lower the rate or, better, reduce it by 50 b.p. in September. Without this condition, below 64 rubles the dollar won't drop this year, the expert said.