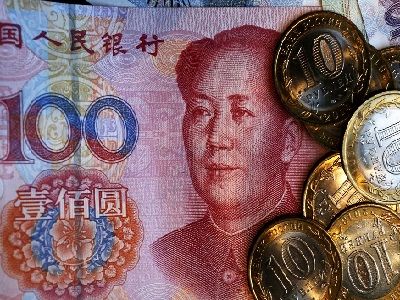 OREANDA-NEWS  Russia and China intend to sign an agreement on settlements in national currencies by the end of this year. The draft agreement was presented to the heads of government of the two countries. This was reported to journalists by the Head of the VEB Igor Shuvalov on the results of Russian-Chinese intergovernmental negotiations.

"Russia already has its own channel (similar to SWIFT payment system), the Chinese have their own channel. We just need to agree on how we will interact using these channels and other forms to carry out these calculations. We understand how this scheme should work, it should be described in the agreement. In the shortest possible time - it would be great if we could sign before the end of the year", - said Shuvalov.

According to the Head of the VEB, the President of China, who stated the need to sign the agreement as soon as possible during a meeting with Prime Minister Dmitry Medvedev, "immersed in the details" on this issue. "He even said what kind of things they would definitely want to reflect in this agreement. We agreed that consultations will be held in the coming weeks. It was determined by the Chinese government-the Ministry of Commerce, as it was said," - said Shuvalov.

"We hope that this agreement will be signed. VEB will be directly involved in this work, including the VEB representative included in the working group by the decision of the first Deputy Prime Minister, Minister of Finance of the Russian Federation", - he said. According to Shuvalov, each of the parties has the whole set of tools for such a unified system of payments in national currencies between Russia and China. "We need to agree on how we will work and who will be the authorized operator on each side," he added.