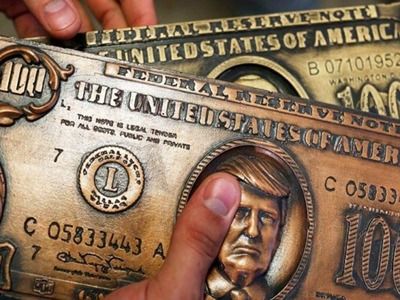 Russia Increased Investments in US Government Securities to $ 11.5 Billion

FinancesState financeExchangesCurrency market
OREANDA-NEWS. Russia in November 2019 increased the volume of investments in US government securities compared with October by $ 794 million to $ 11.491 billion, follows from materials published on Friday by the US Treasury.

Long-term bonds accounted for $ 2.979 billion, and short-term - $ 8.512 billion. The volume of Russian investments in US government bonds has been increasing for the fourth consecutive month. In the spring of 2018, Russia began to sharply reduce investment in the US public debt. So, in April of that year, they decreased from $ 96 billion to $ 48.7 billion, and in May - to $ 14.9 billion.

In August 2019, for the first time since February, Russia increased its investments in U.S. government securities to $ 9.3 billion. The largest holder of US government securities in November last year for the sixth month in a row remains Japan with a figure of $ 1.16 trillion. The second place with $ 1.09 trillion is occupied by China, the leader for a long time.
Source: OREANDA-NEWS
Материалы по теме: