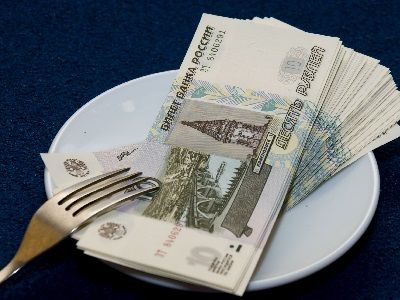 Russians Spend Almost a Third of Their Income on Food

OREANDA-NEWS RIA Rating Agency conducted a study of the cost structure of residents of 40 countries in Europe, Russia, Kazakhstan and Turkey. The data of national statistical services and Rosstat and IMF were used.

The leader of the rating (by the smallest share of food in the structure of expenses) was Luxembourg. Residents of this country spend only 8.7% of their expenses on food. Next are the UK with 10% of spending and the Netherlands with 10.6%. Less than 12% of all expenses are spent in Ireland, Finland, Austria, Norway and Switzerland.

Citizens of post-Soviet and Eastern European countries have the largest share of spending on products among the study participants. Russia ranks 31st in the ranking, next to Montenegro and Lithuania. At the end of 2017, the Russians spent 31.2% of their consumer spending on food, compared to last year, this figure decreased by 1.1 percentage points.

Closes the rating of the Ukraine, the people who "eat up" 50,9% of all their expenses. More than 40% of the expenses are for food products of the residents of Kazakhstan and Moldova.

Experts say that in most cases there is a feedback between GDP per capita, which is one of the key indicators of the country's economic development, and the share of food costs.

As a rule, the less the residents of this item of expenditure, the higher the standard of living of families. The rest of the money residents of rich countries spend on trips to restaurants, entertainment, travel, home improvement, education.

However, spending on food outside the home is influenced by the historical habits of the population – it is known that the inhabitants of the Mediterranean countries like to sit with friends in tapas bars and cafes every evening.

The biggest share of expenditure on food and accommodation in the structure of household expenditure is observed in Switzerland, and 10.8%. In second place – Greece with 10.5%. Also, more than 10% of the costs account for this article in Spain.

Russia's share of the cost of restaurants and hotels is at the bottom of the rating with a share of 3.3%. Serbia and Kazakhstan have similar values.

The lowest rate in Europe for the share of spending on cafes and hotels is observed among residents of neighboring Moldova and Romania - 1.8%. Less than 3% of the family budget is spent on the purpose under consideration as citizens of Belarus, Croatia, Ukraine and Serbia.