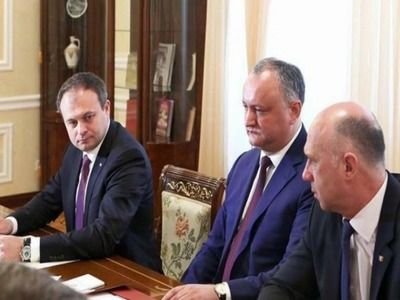 "Also, the Security Council decided to appeal to the international community with a request to assist in the investigation of banking theft in Moldova", - said Dodon. Earlier, the Parliament of Moldova established a special investigative commission to investigate the high-profile corruption scandal associated with the massive embezzlement of money from the country's banking system. As its chairman, Alexander Slusari, said, the commission will become a platform for uniting the efforts of all the bodies involved in the investigation of banking theft, which in Moldova was called "theft of the century".

A corruption scandal broke out in Moldova in the summer of 2015, when information was leaked to the press that from three financial institutions - Banca de Economii (“Savings Bank”), Banca Sociala (“Social Bank”) and Unibank - about 1 billion euros were stolen, which is more than 20% of the country's GDP. The embezzlement provoked mass protests of the opposition, under pressure from which the two governments fell, there was a crisis of power.

As it was said at the meeting of the council, it was still not possible to fix all the perpetrators and return the stolen money, and the attempts of investigations failed.