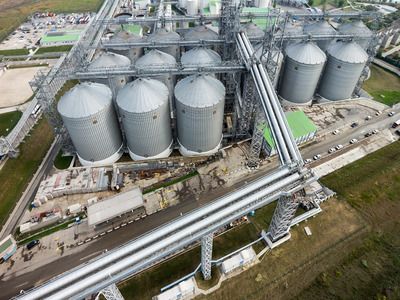 FinancesJusticeInterstate relationsFinance accounting and audit
OREANDA-NEWS. The civil court of first instance of the Swiss canton of Geneva at the end of 2019 froze the accounts of Luxembourg-based Kernel Holding SA, the holding company of the Ukrainian agricultural group Kernel.

The accounts of the Cypriot Taman Grain Terminal Holdings Ltd, which is the owner of the grain terminal in Taman, turned out to be frozen. This is evidenced by a letter from the Deputy Director of UBS Switzerland AG Patrick Mayer. Assets are frozen at the suit of Michael and Inessa Stadnik, who sold two companies to Kernel in 2012. Their representative confirmed the arrest of these assets by a Geneva court.

Since 2012, the Ukrainian agricultural holding Kernel has owned 50% of the grain terminal in Taman. VTB is currently applying for this package, creating its own grain holding.

Kernel, a producer and exporter of sunflower oil, as well as a grain trader, is one of the largest agricultural holdings in Ukraine. Revenues for the previous fiscal year ended June 30, 2019 reached almost $ 4 billion, net profit $ 189 million. Capitalization on Friday, January 31, at the Frankfurt Stock Exchange amounted to $ 896 million.The main owner of the holding is its founder Andrei Verevsky.
Source: OREANDA-NEWS
Материалы по теме: